For the last few weeks, the NBA has been tossing around an insane amount of money to sign free agents and keep prized veterans. The New Orleans Pelicans locked down Anthony Davis with a five-year, $145 million deal. The San Antonio Spurs will remain contenders for years to come after spending $80 million on LaMarcus Aldridge.

Those are just two of enormous deals that have been flying fast and furious through the media. On Day One of the NBA's free agency period, $1.4 billion in contracts was agreed upon. Many NBA fans are happy because their team landed a star player. The players are obviously happy because they are now getting paid what they think they deserve, but there is actually someone that is not happy. You know who is not happy? Every single NFL player.

"All this guaranteed money NBA throwing. Meanwhile the NFL, which generates the most money wont even make the league minimum $1M."

"Yes $1M minimum. That means every single player's salary in the NFL should start there. Highest risk of injury..brain trauma, richest league."

"No security in football. Obviously unless you hit the lick." 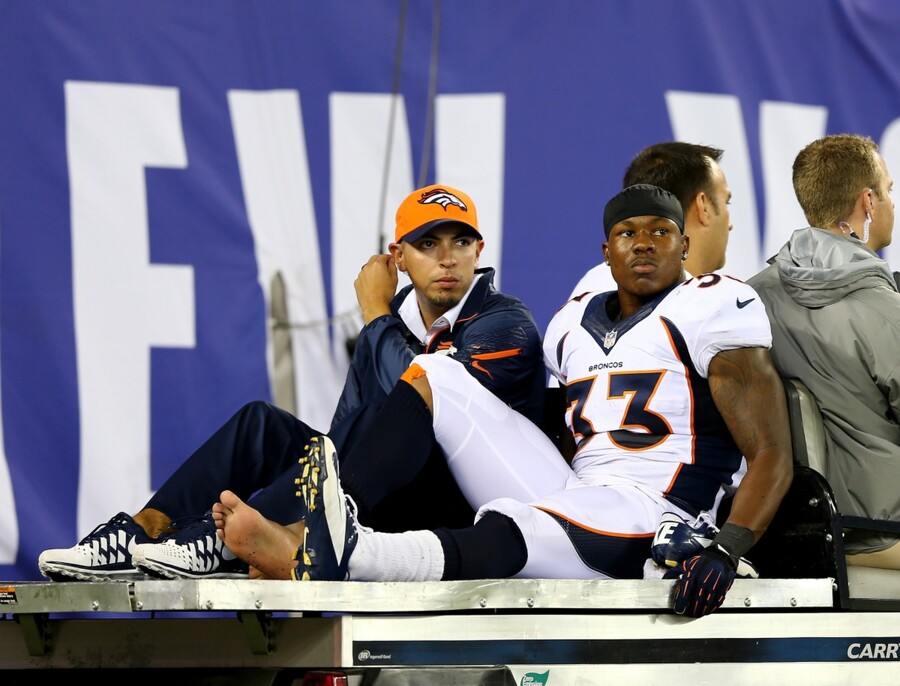 As far as guaranteed money is concerned, he is way off-track. There are plenty of players with guaranteed money in their contracts. Not nearly as much as the NBA, but that is because the NFL owners are not idiots.

Every season there is at least one marquee player who signs a big deal with a lot of guaranteed money and he flops completely. Even though he plays terribly, the team is stuck with him because his contract is guaranteed. They could cut him and some teams do, but they still have to pay him – even if he signs with another team.

Duke Ihenacho is right about one thing: The NFL generates much more than any other league in the world, with revenue of $11.2 billion last season. NBA numbers for last season have not yet been made available, but for the 2013-14 the NBA generated $4.79 billion.

However, Ihenacho – along with the other guys who share his view – forgets some very important things.

If you just look at the amount of money generated, it would seem like the NFL could easily afford to pay everyone a minimum of $1 million, but what Ihenacho is forgetting is that there are 53 guys on NFL rosters getting paid while there are only 13-14 players on NBA rosters. When you only have to split $67 million among a dozen or so guys, you can pay them a lot more (and with the rules in place they can pay them even more).

The NFL salary cap is expected to be twice as much as the NBA's next year ($143 million), but has to cover the salary of 53 guys. With many guys having at least one guy being paid close to $20 million, a handful in the teens, and a several around $10 million, the money adds up pretty quickly.

For the NFL to pay everyone at least $1 million, there are certain things that will have to happen. Veterans are going to have to take pay cuts. Ben Roethlisberger, Peyton Manning, and the league's other superstar's can't make $20 million a season if every single player is going to make $1 million.

Since that will never happen during the next collective bargaining agreement, the players are going to have to get the owners to take a smaller cut, but consider the size of the cut they would have to take in order for every player in the NFL to make at least $1 million?

It will never happen. These rich guys like their money too much, and the players will always need to get paid more than the owners.