Aaron Donald is a defensive end for the Los Angeles Rams. He was born on May 23, 1991 in Pittsburgh, Pennsylvania. He attended Penn Hills High School where he was selected first team All-State Class AAAA in both his Junior and Senior years. He was a three-star prospect and rated as the 37th-best high school defensive end in the nation heading into college recruiting. He had scholarship offers from several schools and ultimately picked his hometown University of Pittsburgh for college.

Aaron grew up decidedly working class. His mother has driven a public school bus in the Pittsburgh area for more than two decades. His dad recycles tires. So you can imagine their excitement when, after four impressive years at Pitt, Aaron entered the 2014 NFL draft. At the Combine, he broke the record for fastest 40-yard dash time for a defensive tackle.

The St. Louis Rams chose Aaron as the 13th overall pick of the first round. He soon signed a four-year $10.13 million rookie contract that was fully guaranteed and included a $5.69 million signing bonus.

A great outcome, but perhaps not quite enough to set his family up for life just yet.

Let's look at the numbers. Aaron was essentially earning $2.5 million per year before taxes and fees. Call it $1 million after taxes. And that's before he buys a house or spends a single penny on his on lifestyle. Sure he's doing really really well, but he doesn't have lifetime F*[email protected] You money by a long shot. 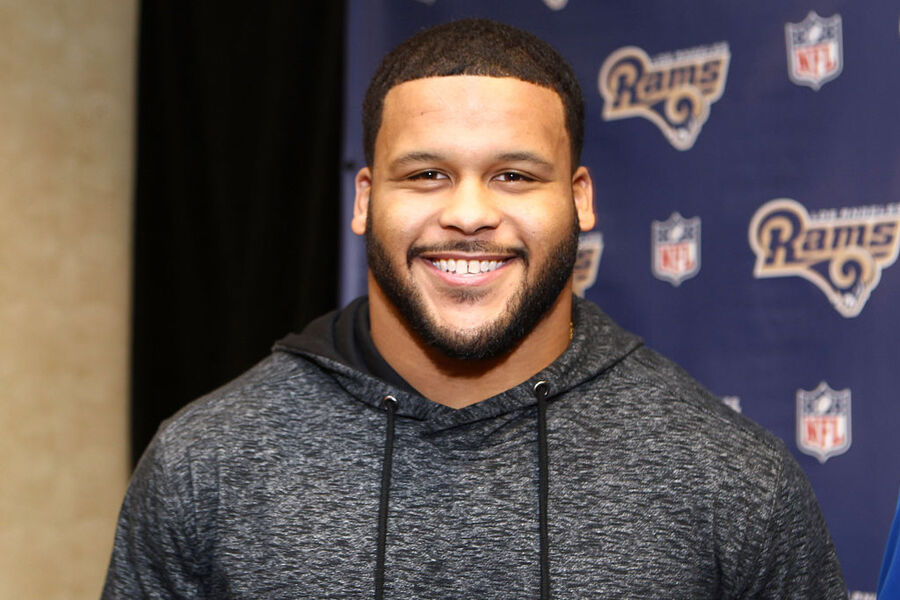 Between 2014 and 2017 Aaron put up stellar numbers. He was the AP NFL Defensive Player of the Year (2017) and is one of only four players in NFL history to make the Pro Bowl in each of his first four seasons. He had 205 tackles, 108 quarterback hits, 72 tackles for a loss, 39 sacks a bunch of other impressive stats.

So you can imagine, when it was time to re-negotiate, Aaron was looking for a big contract. In fact, Aaron was so set on getting a better deal that he held-out showing up for training camp. Donald needed to report to the team by August 7 in order to earn an accrued season. That means he'd be a restricted free agent next summer instead of becoming an unrestricted free agent.

He held out briefly last season as well, but this year he made it clear that he would not return to the team if he didn't get what he wanted.

And boy did he get it!

It was just announced that Aaron and The Los Angeles Rams have agreed to a six-year $135 million contract extension. The contract comes with a $40 million signing bonus and a mind-numbing (for the NFL) $87 million guaranteed.

Aaron's base salary this season will be $22 million.

At one point earlier in his career, Aaron was asked what his goal was as an NFL player. Here's how he responded:

With $87 million guaranteed (and a $40 million signing bonus), I think it's safe to say it is time for Mr. and Mrs. Donald to move to Florida and kick their feet up for a while!