Last week, NFL players across the league took part in a campaign called 'My Cause, My Cleats.' The campaign allowed players, for one week only, to wear customized cleats that helped them promote the charity or social/health issue of their choosing. For example, Arizona Cardinals safety Tyrann Mathieu wore gold cleats that helped raise awareness for racial equality, while Dallas Cowboys quarterback Dak Prescott wore cleats that raised awareness for colon cancer. One player though, wore cleats to raise awareness for a foundation that didn't actually exist, and the NFL his hitting him in the wallet as a result.

Dorial Green-Beckham, wide receiver for the Philadelphia Eagles, took the field last week in cleats that he claimed was in the name of "the Yeezy Foundation." The cleats in question weren't customized cleats at all, but actually a pair of Adidas Yeezy 350 cleats which were released earlier this year. DeAndre Hopkins of the Houston Texans actually wore the Yeezy cleats in Week 1 of the NFL season, and was fined as a result. 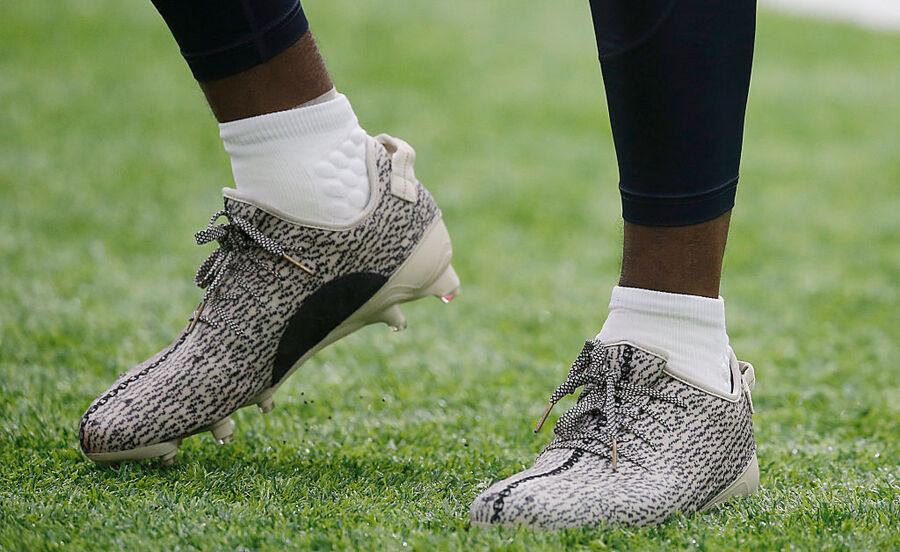 The worst part about the whole situation? There is no such thing as the "Yeezy Foundation." So, instead of deciding to raise awareness about an issue that meant something to him, Green-Beckham opted to completely make up a foundation in order to wear some Yeezys on the field.

The NFL quickly caught wind of the 23-year-old wide receiver's fabricated foundation and fined him $6,076 as a result.

Making up a bogus charitable organization just so you can wear some Yeezys? If that's not sad, I don't know what is.