For those of us who do not follow soccer, Neymar is a 25-year-old Brazilian superstar who has played forward for Barcelona since 2013. You may have caught him during the 2016 Rio Olympics when he played for the Brazilian national team that embarrassingly did not fair as well as people predicted. Or, maybe, you saw him in a Taco Bell commercial that aired during the Super Bowl. Or maybe you follow soccer? Regardless of how much or how little you know about Neymar, the main thing you need to understand for our purposes today is that Neymar has been looking for a raise. A BIG RAISE. His most recent salary at Barcelona was $12 million per year. A very respectable amount, but nowhere near the $44 million his Barcelona teammate Lionel Messi made during the 2017 season. Well, today Neymar signed a deal that will allow him to never feel insecure about his paycheck ever again.

It was just announced that Neymar has signed an absolutely enormous deal with French club Paris Saint-Germain. This new deal will allow Neymar to earn his last salary of $12 million, in about 9 weeks.

In total, Neymar will be paid $53 million per year, $265 million over the course of the 5 year deal.

This deal makes him the highest paid athlete in the world (in terms of salary), just barely eclipsing previous record holder Cristiano Ronaldo's $52 million base salary. 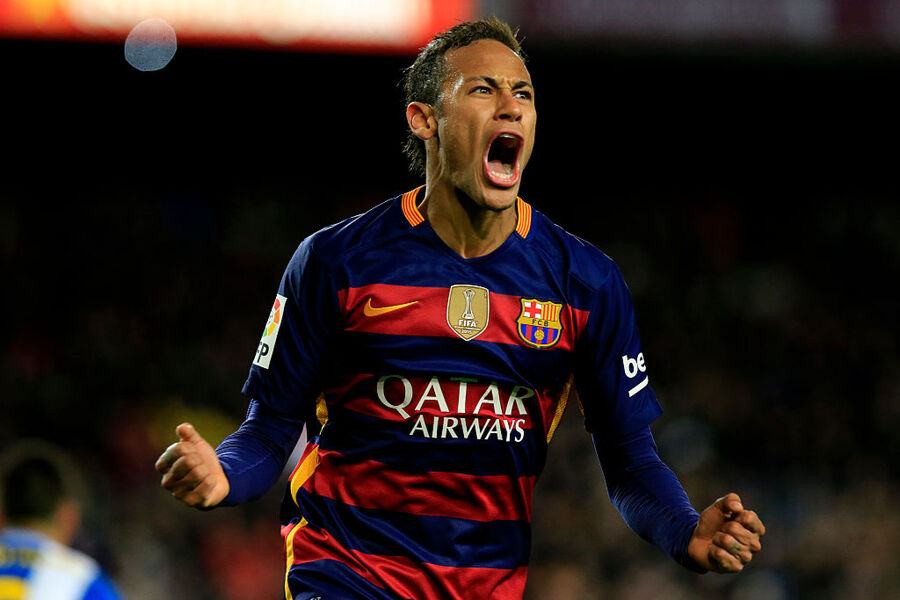 It gets crazier. PSG is not only paying Neymar a ridiculous amount of money, they are also paying Barcelona an absolutely insane amount of money as a transfer fee. For those who don't know, a transfer fee is basically an amount of money the acquiring team has to pay the previous team just for the privilege of taking the player. To execute Neymar's "release clause", PSG is paying Barcelona a one-time fee of $260 million. That's more in a single transfer fee than the 13 highest Premier League team transfer fees, combined. For some additional context, consider this – In the history of the National Basketball League, only three players have earned more than $260 million in salary during their entire careers; Kobe Bryant, Kevin Garnett and Shaquille O'Neal. So Neymar's transfer fee alone is more than 99.999% of what every NBA player in history has ever earned in his entire career.

When you add it all up, between salary, bonus and transfer fee, PSG is essentially spending around $520 million to acquire Neymar.

There are some potential wrinkles/hurdles. First off, there's a regulation called Fair Play which says that no team can lose more than $6 million over three years. Furthermore, owners aren't allowed to spend more than $35 million of their own money on their teams above and beyond the regulations. By some estimates, Neymar's deal will eat up around 75% of Barcelona's annual revenue if they want to remain within the Fair Play regulations.

Transfer fees do not get applied to the Fair Play regulations. So you might be wondering how PSG can afford to simply cut a check to Barcelona for $260 million? Well it helps that PSG is owned by the Qatari government, technically the Qatari Sports Investments Group.