Aaron Judge, the 6-foot-7 Yankees slugger, is having one of the best rookie seasons in MLB history. The 25-year-old is boasting a .329 batting average, .448 OBP, a 1.139 OPS, and most notably, a New York Yankees rookie record of 30 home runs; and it's only July. Judge's combination of height, penchant for the longball, and being in the biggest media market on one of the world's most popular teams is undoubtedly a marketer's dream. But according to people close to Judge, he isn't in a rush to cash in on endorsement opportunities just yet.

Despite just being a rookie, Judge is already a giant in the world of sports collectibles. Judge's 2013 Topps Bowman Chrome autographed cards have sold for upwards of $14,655 on eBay. The jersey he wore on May 28, the game he hit his first grand slam, sold for $45,578 on June 4; making it one of the five highest prices ever paid for a baseball jersey over the past year. That amount is roughly $10,000 higher than the $35,850 paid for a 1972 game-worn Hank Aaron jersey.

But despite everyone wanting a piece of Judge, Page Odle, of PSI Sports Management, who represents Judge, says that he isn't looking to sign any endorsement deals just yet. "He's a routine guy," Odle told ESPN. "He'll address the business side at some point, but right now he's just trying to be the best Yankee he can be." 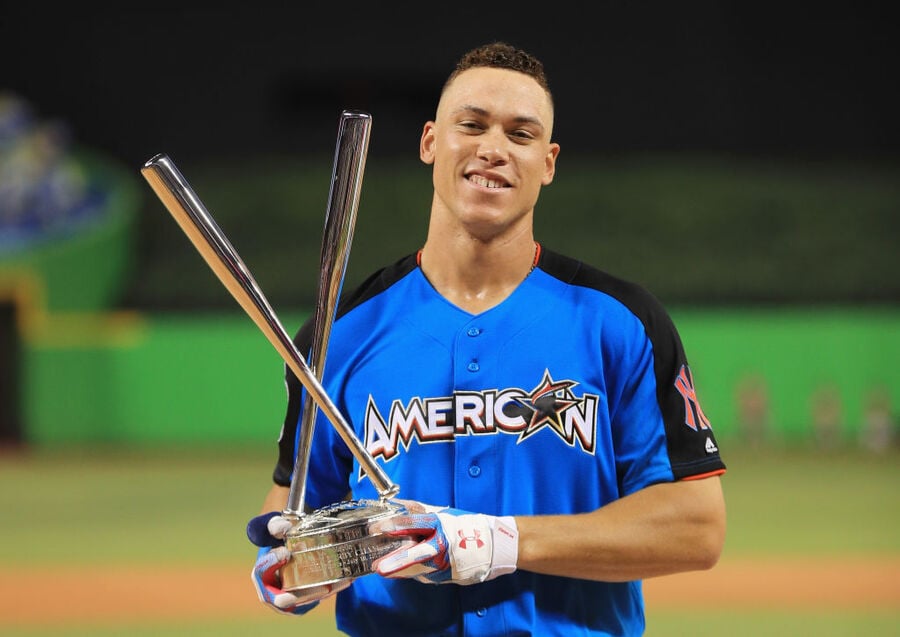 Autograph companies have been looking to get an exclusive deal signed with Judge, but the 25-year-old has yet to sign such a deal. The only new autographed material from Judge are on products by Topps and Panini.

According to Odle, Judge has received over 100 endorsement offers, but isn't worried about the money at the moment, despite his $544,500 salary this year.

Judge currently has just two endorsement deals, with Under Armour for his cleats, and Rawlings for his glove. But after his masterful performance at the Home Run Derby earlier this week, Judge can expect to have many more companies knocking at his door, looking to get a piece of the Yankees star.