New York Yankees Most Valuable Team In Baseball Once Again

The New York Yankees have not been dominating the field like they have in years past, but they are still dominating where it matters most – at the bank. For the 19th consecutive year, the Bronx Bombers are the most valuable franchise in Major League Baseball. This year, their value increased by six percent over last year, to $3.4 billion, the second-highest in the world' next to the Dallas Cowboys ($4 billion).

Values for MLB teams have been on the rise in recent years, as the money made from television contracts has exploded. Just two years ago, there were only five teams worth over $1 billion. Now, there over 17, and five are worth over $2 billion.

Winning always helps increase a team's value, but it is far from a significant factor. Every team gets an equal share of 27 percent of the league's overall revenue. Where teams like the Yankees, Dodgers, and Red Sox really make their money, is in the other businesses in which they are involved and in their regional television contracts. 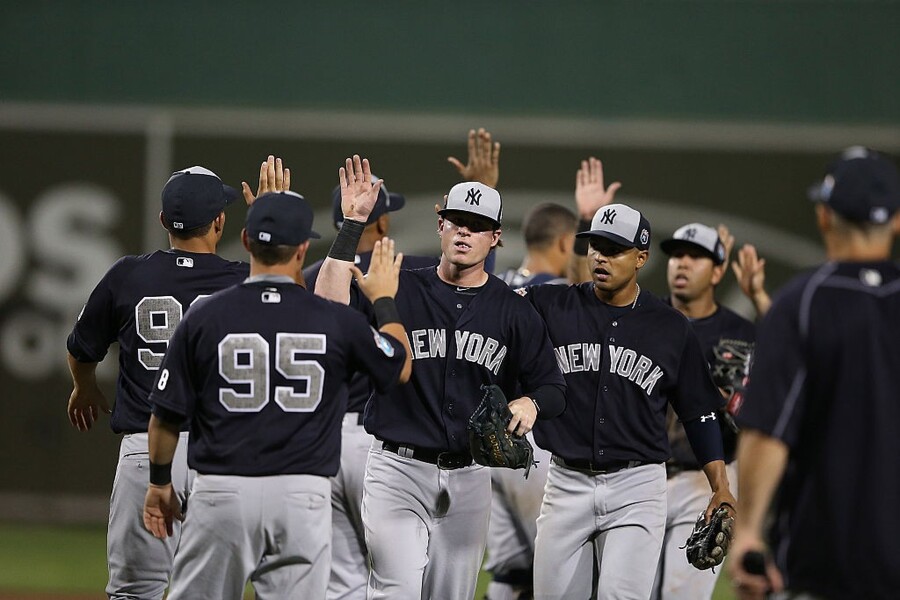 The Dodgers made an MLB record $152 million last season in rights fees, and will make $8.35 billion from Time Warner Cable SportsNet LA over the next 25 years. Guggenheim Baseball Management (GBM), the group that owns the Dodgers, also own a lot of land surrounding the stadium.

Last season, the Dodgers lost $73 million and had the highest payroll in MLB history, at over $300 million (with $95 million going to players no longer on the roster). In spite of the loss, the team increased in value yet again. Since GBM bought the team four years ago, it has increased in value by $500 million.

Because teams are only required to share 31 percent of local revenue, they have every reason to do what they can to generate as much as possible at home. A few teams have been taking advantage of the rule, and others plan on doing so in the near future. The Texas Rangers (who rank 11th in value at $1.23 billion) are partnering with the city of Arlington, to build a 100,000-square foot entertainment complex with an upscale hotel across the street from the team's park.

Until other teams catch on to the concept, the valuations of MLB franchises are going to differ greatly. As of now, they range from $3.4 billion (Yankees) to $650 million (Tampa Bay Rays).

The 15 most valuable franchises in Major League Baseball are as follows: