Despite Being A Postseason Monster, Daniel Murphy Will Almost Certainly NOT Be A Met Next Year. How Is That Possible???

If you are a fan of the New York Mets, you may want to enjoy Daniel Murphy while you still can. Even though he has proven to be quite the offensive juggernaut during the postseason, it appears that the team has no interest in paying him what he is worth.

They are going to let him walk.

What? How in the world do you let a guy walk who led your team in batting average during the regular season, and has hit five home runs (so far) during the postseason (four in a row), and has done so off the best pitchers in the game (Clayton Kershaw (twice), Zack Greinke, Jon Lester and Jake Arrieta)?

Ask the Mets front office and they will likely blame it on the economics of the game. 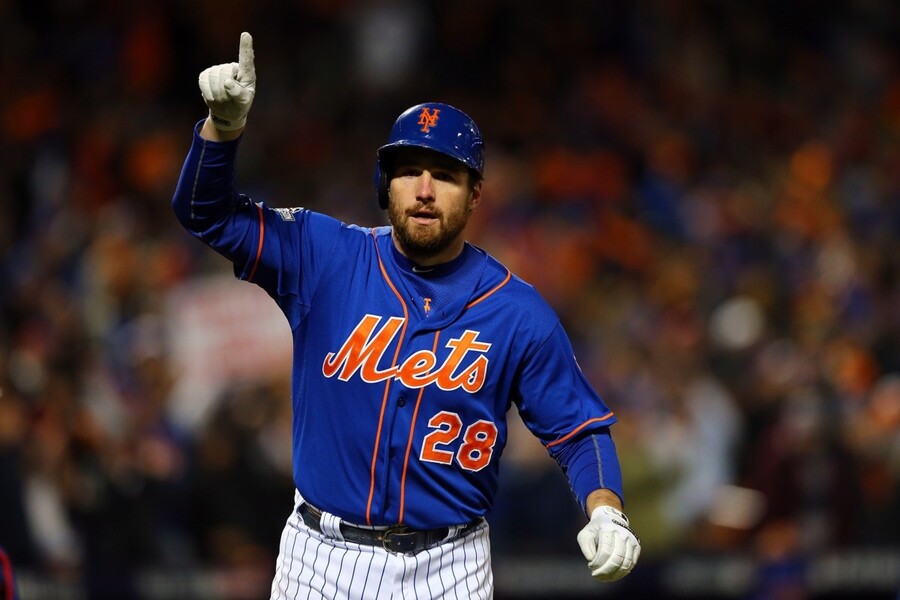 After a solid regular season and an excellent postseason, where he has hit .357 with five home runs, seven runs scored and eight RBI in seven games (so far) Murphy is going to be able to command a pretty nice pay raise over his current $8 million a season deal. Exactly how much will depend on how much the team making the offer values him.

The Mets could easily pay Murphy if they wanted to. Their 2015 salary was one of the lower ones in baseball at $94.7 million. However, rather than spend a fortune on a collection of talented players like the Yankees they would rather look to their farm system when they can.

Instead of paying Murphy, the team is expected to promote Dilson Herrera from the minors instead. In 84 games this season he is hitting .331 with 11 home runs, 50 RBIs, and 13 stolen bases. Until they think he is ready to take over, they will have Wilmer Flores and his $513,000 contract fill in.

Of course, if Murphy keeps hitting like he has been, and goes on to play a key role for the Mets in the World Series the team may face some serious backlash from the fans if they don't bring him back. Will they be so concerned with maintaining strict control over the payroll if they have a World Series hero on their hands?

Mets fans can only hope to find out.