The New York Giants have had a disappointing year. They're in the midst of their sixth losing season since winning the Super Bowl in 2011. But there have been a few bright spots, like Eli Manning winning what should be his final start for the team and linebacker Markus Golden having a career renaissance. The 28-year-old has recorded 65 tackles, 10 sacks, and returned a fumble for a touchdown.

While those are all solid stats, the sacks are what Golden cares about most. He has an incentive clause written in his contract: get at least 10 sacks and score a cool million dollars.

After the Giants' 41-35 overtime win over the Washington Redskins in Week 16, Golden had 9.5 sacks. Astute mathematicians will note that 9.5 isn't quite 10.

Here's what happened: Early in the third quarter, Giants linebacker Lorenzo Carter grabbed Washington quarterback Dwayne Haskins around the ankle. Golden came in and took Haskins to the ground. 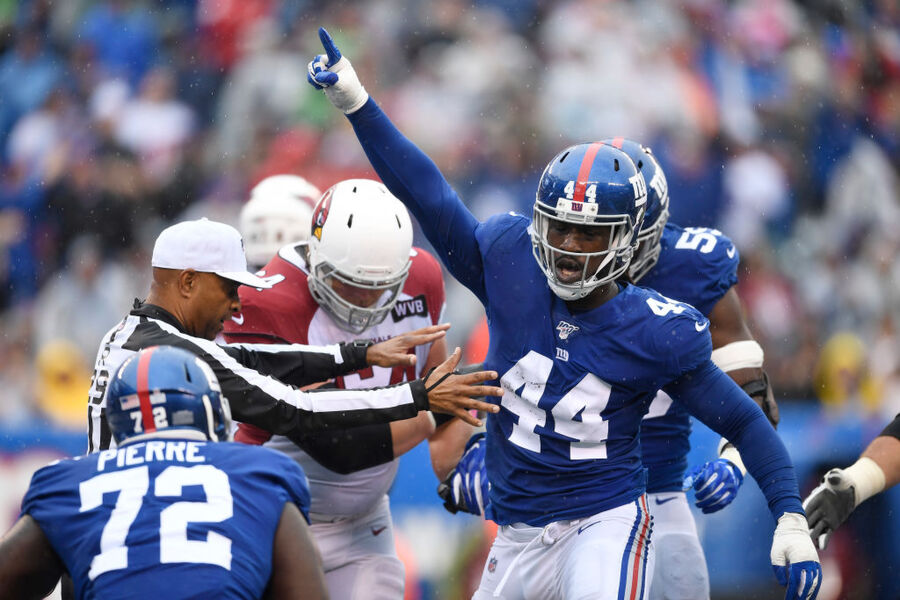 At first, each player received half a sack. But a few days later, a stat correction awarded Golden a full sack – and with it, $1 million.

The Giants gave him a one-year, $3.75 million deal this offseason. It's the ultimate "prove it" contract, and Golden has responded in a big way.

"It's always a goal to get double-digit sacks," he told ESPN after learning about the stat correction. "If you're rushing the passer, you want to get there. It's a status thing – 9.5 is a big difference than 10. It feels good to get it down, get it over with and, like I said, be able to put it out for my kids to be able to keep playing, keep fighting."

Golden's performance this season will likely earn him a huge payday this summer. And thanks to a statistician keeping a close eye on things, that payday came early.