Football coaches have been saying for years that offense wins games and defense wins championships. The Denver Broncos proved that to be true, with a win over the Carolina Panthers in the Super Bowl last season. Of course, you still need to have an offense that is capable enough to score a few points. Peyton Manning didn't play all that well, but the Denver offense was able to score a few points.

The New York Giants had an offense that was good enough last season, despite its terrible running game. They ranked fifth in the league in total yards (5956) and sixth in points scored (26.3). However, as good as the offense was, thanks to a terrible defense (last in total yards, No. 30 in points allowed, No. 30 in sacks), the Giants finished 6-10 and was out of the playoffs for the fourth consecutive year.

As Eli Manning isn't getting any younger, the Giants must have decided that upgrading the defense was a priority for the 2016 off-season. Before their superstar quarterback follows his brother into retirement, they would like to give him a defense good enough to help him win one more Super Bowl, one must imagine was the reasoning. How else can you explain the flurry of deals and truckloads of money the Giants committed to players shortly after free agency officially began? 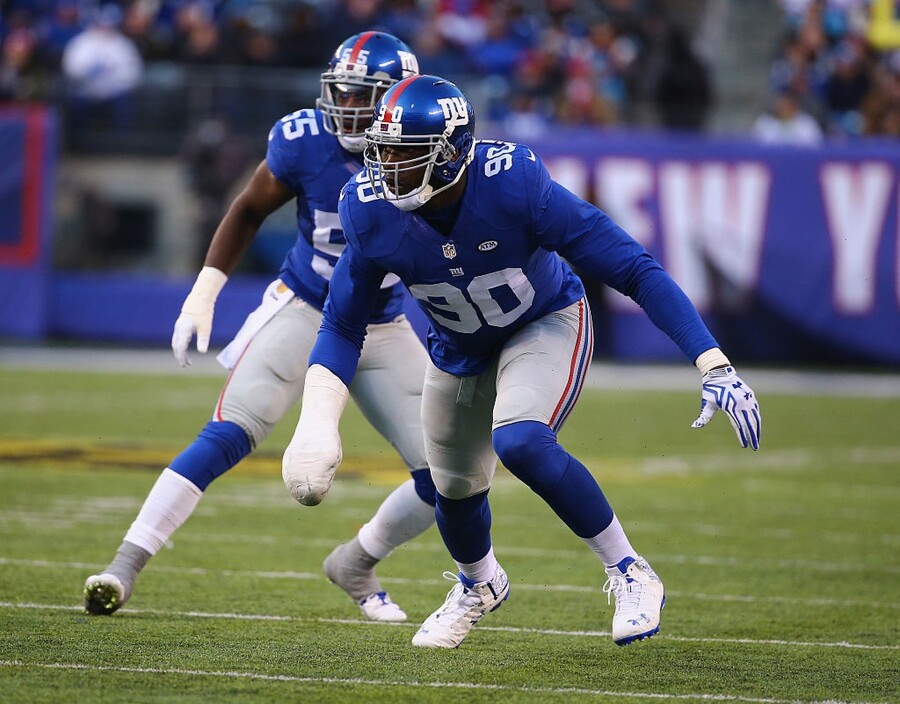 One of the first chips to fall into place involved a current player, Jason Pierre-Paul. A year ago, he left a multi-year, high-dollar deal on the table, thinking he was worth more. It was pulled after his infamous fireworks incident, and he eventually joined the team late in the season on a one-year, $8.7 million deal. After just a single sack in the eight games he played in last season, he should count himself lucky that they offered him the one-year, $10 million deal.

They may not care how well he plays if the new defensive end they signed, former Miami Dolphins defensive lineman Olivier Vernon, lives up to his contract. The Giants committed $85 million to him over the next five years, and guaranteed him a record amount of money for a defensive end ($52.2 million).

To hold down the interior of the defensive front, they hoaxed 6-foot-4, 350-pound Damon Harrison away from the New York Jets. He certainly didn't come cheap, though. It took a five-year contract worth $46.25 million with $24 million guaranteed.

Just in case their very expensive line allows opposing quarterbacks to get a few passes off, the Giants added some secondary help in former Los Angeles Rams defensive back Janoris Jenkins. Over the next five seasons, they will be paying him $62 million.

When you combine the $62.5 million they committed to Jenkins with Harrison's $46.25 million, Vernon's $85 million, and Pierre-Paul's $10 million the Giants committed over $203 million to four guys on the first day of free agency.

As exciting as the new additions may be, fans may want to temper their expectations a little. Of the top six spenders in free agency over the last decade, only one has a winning record (Eagles, $607 million, .547-win percentage).