About the only people who still like new Los Angeles Clippers forward Josh Smith are probably those whose lifestyle he funds. Some Houston fans may still think fondly of him after the way he played for the Rockets last season, but once they find out why the rest of the world despises him, they will most likely also change their minds.

So – what did he do? The man had the audacity to make it sound like he and his family are going to have a hard time making ends meet since he will make only $6.9 million this season.

His exact words on the subject:

"At the end of the day, you know, I do have a family, so it is going to be a little harder on me this year. But I'm going to push through it, you know, and try to do something long-term after this year."

Way to go when it comes to trivializing the real struggle that millions of Americans fight every day, Josh.

Some have tried to defend his statement by referring to his contract with the Detroit Pistons. He signed a four year, $54 million deal with the team in July 2013, but was cut after about a year and a half, because of poor play. However, his contract was guaranteed, which means the Pistons still have to pay him.

This year, the Pistons are due to pay him $5.4 million. The Clippers are paying him the veteran minimum of $1.5 million. Had he stayed with the Pistons, he would have been making $14 million. So those speaking in his defense have pointed out that if you budget for $14 million/year and only make half of that, life is going to be harder. 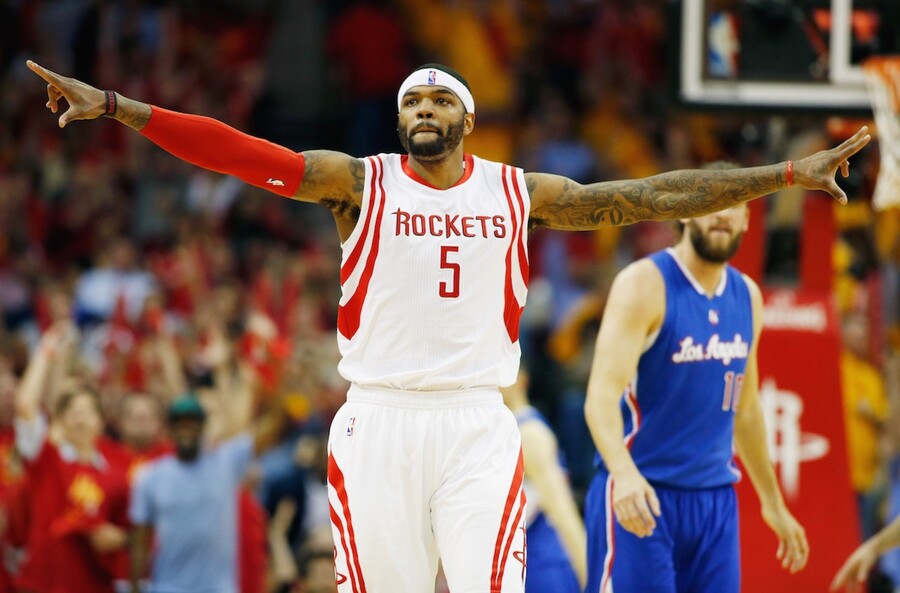 The median wage per person in the United States is less than $27,000. The median household income is $50,500. Two thirds of Americans make less than $41,212, and get by just fine. He's complaining about making $7 million.

He says his family will have a hard time, presumably because his entire family lives off of his earnings and he is married, has three kids, and has four siblings. Over the course of his career, Smith has made $97 million. Even if he is covering the expenses for his entire family, $7 million should be more than enough.

Before we write him off as a self-absorbed, spoiled brat that blew the kind of fortune that most people dream of having, he hasn't wasted all of it. Smith has been quite generous with the community. He has twice hosted Thanksgiving dinner for 200 women and children at an Atlanta-area charity, My Sister's House. He's played a secret Santa for kids in the past, and even covered the expenses of a slain McEachern (Georgia) high school student for six months.

So while he may have blown a good portion of his career earnings, he did do some good with it as well.

He's counting on playing well enough this season so that when the salary cap balloons next season, someone will want to pay heavily for his services. With Chris Paul, Blake Griffin, and DeAndre Jordan getting the ball before he does, he may have a hard time proving his worth.