Nerlens Noel Is Anything But A Model Tenant

Chances are, at some point in your life, you, or someone you know, has rented an apartment or a home. You'll pay  a monthly rent, of course, but on the plus side, there's likely a maintenance staff to come fix any issues you may experience.

Of course, some tenants run into more problems than others. For Philadelphia 76ers big man Nerlens Noel, he did not leave a rental property he lived in from 2014 to 2015 in very good shape. In fact, things were so bad when he left that property, the rental agent has filed a lawsuit against him for more than $75,000.

It's common to have a bit of money taken from a tenant for various damages – maybe there's some wear and tear on the carpet, or a few dings by the door when furniture was moved in and out. But Noel's list of damages is far more ridiculous, and it totals $42,000. The lawsuit mentions several items, including:

In addition, the owners claim they found marijuana and roaches from joints in the home. To add more drama to the situation, the day after the demand was sent, the owners found a tombstone with "RIP" written on it on the front steps of the property. Allegedly, it was less sinister tombstone and more one like you'd find on a cartoon, but the owners are still considering it a death threat from Noel. They added assault to their lawsuit as a result. 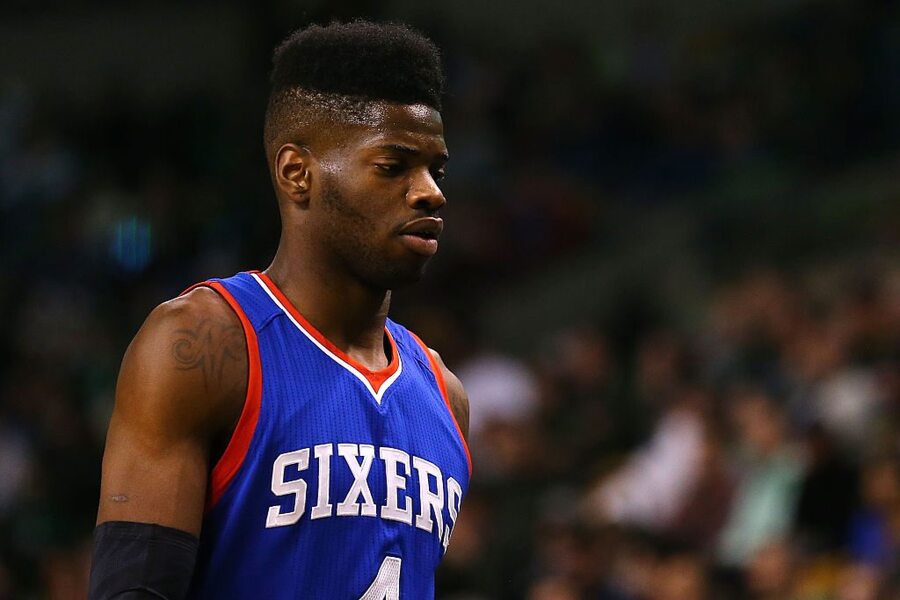 Noel hasn't issued a response yet, but it'll be interesting to find out if this was something he did just before he moved out, or if he had been living in this kind of mess the entire time. It's also a shocking revelation at just how much Gatorade a professional athlete can drink.

This is another issue for a 76ers team that just cannot seem to get anything right. Last week, GM Sam Hinkle, who kept telling fans to trust the process of the team's rebuild, sent out a 13-page resignation letter after being fired. Sixers chairman of basketball operations Jerry Colangelo is hiring his own son Bryan as a replacement. Earlier this season, Jahlil Okafor had a number of run-ins off the court, including driving recklessly and getting into fights.

It's easy to say all of these issues are a result of the 76ers' lack of veteran leadership in the locker room, and that's a fair point. Take away 37-year-old Elton Brand, who re-signed with the Sixers in the second half of the year to try and serve as a mentor, and the average age of the team is only 23.5. There are a number of immature, young kids on this squad – pair that with constantly losing, and it's not surprising to see a distractions pop up.

However this latest issue gets resolved, it's safe to say Noel and his crew won't be getting their security deposit back.