Nene Lost $4 Million, Thanks To A Rule In The NBA's CBA

The Houston Rockets and center Nene Hilario agreed to a three-year, $11 million deal this offseason. He had a productive season last year, so the Rockets are glad to bring him back.

Normally, this kind of agreement wouldn't make major headlines. But Nene, unfortunately, fell victim to an obscure NBA rule and it ended up costing him $4 million.

You see, Nene had actually agreed to a four-year, $15 million deal. The Rockets were ready to sign, but ultimately had to restructure the contract because of the "over-38 rule."

This rule states that a player can't sign a deal for more than three years if he will turn 38 before the contract is over. The rule was created to close a loophole in signing contracts. If a player is turning 38, they're likely near retirement. A team could sign a player to a lengthy contract and defer some money until after the player retires. 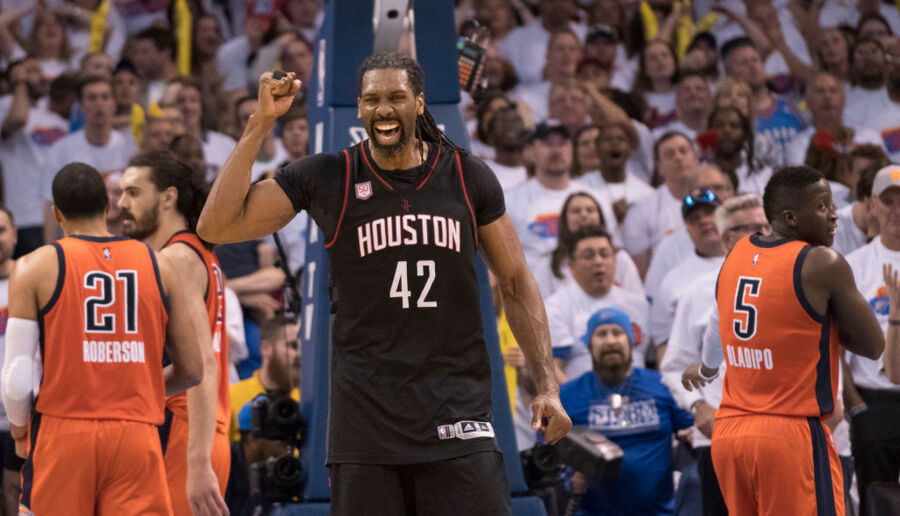 While teams can still technically offer contracts of four or more years, it affects the salary cap differently than a normal contract. Essentially, the entire amount of the contract counts against the team's cap space during the first three years of the deal.

Previously, this rule had been known as the "over-36 rule." The most recent CBA made the switch to the "over-38 rule" because guys like LeBron James and Chris Paul are still elite, max-level players. In fact, LeBron was prevented from signing a $204 million last year because of the old rule.

Every rule has little nuances that can end up hurting a small group of players. The Rockets got their guy, but losing $4 million can't feel very good for Nene.