The NBA and the players union just announced that they have come to a tentative deal on a new collective bargaining agreement, which will likely help avoid a potential lockout in 2017. While the majority of the new CBA is expected to be the same as the one currently in place, there's one rule that got a tweak.

According to reports, the NBA's new CBA changed its "over-36" rule to "over-38." This rule prevented teams from signing players to four- or five-year contracts if they would turn 36 or older during the deal. The rule was created to protect teams from offering long-term deals to players who probably wouldn't reach the end of the contract.

It got some attention this off-season when LeBron James fell victim to it. After signing a series of one-year deals, LeBron was just one summer away from being able to ink a five-year, $204 million deal, which would have easily been the largest contract in NBA history. James had to wait until next offseason so that the Cavs would have his full Bird Rights, which means they could sign him to a maximum contract.

However, the over-36 rule prevented this from happening. The rule states that the money owed to players in years after they turn 36 must be spread out over the earlier years of the contract. James, who turns 31 this month, would celebrate his 36th birthday in the fifth year of his contract. He'd have to spread the money out over the first four years of a five-year deal. By doing that, he would have made more than the maximum amount possible in a single season. As a result, James wouldn't be able to attain his $200 million contract. Instead, he signed a three-year, $100 million deal with Cleveland. 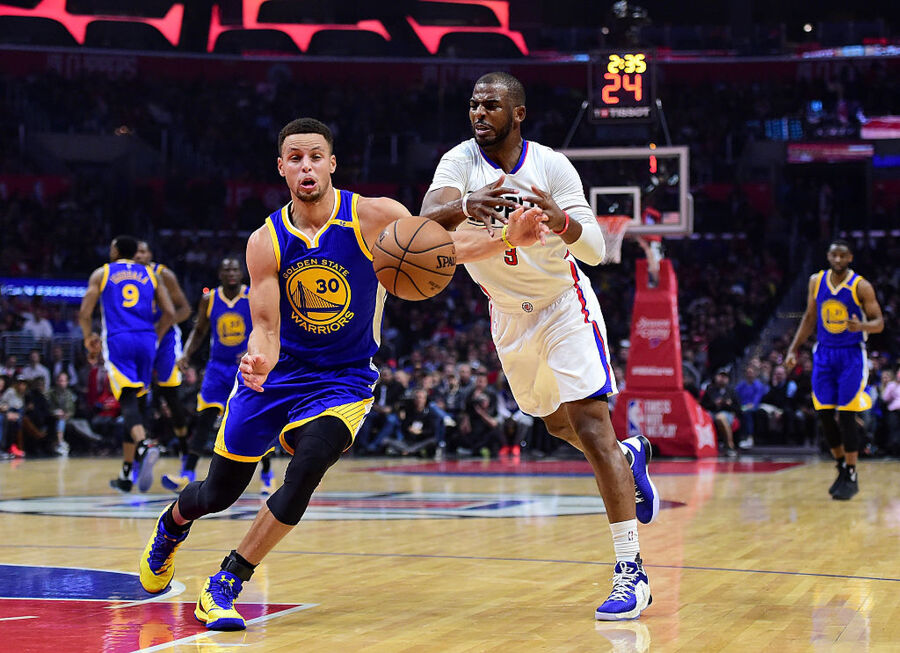 One of the major benefactors of the tweaked over-38 rule also happens to be a negotiator for the NBPA, Chris Paul. The salary cap in this upcoming offseason is expected to be around $105 million, the highest in NBA history. Paul has more than 10 years of experience in the league, so he could sign a five-year contract for $207 million with the Clippers this summer.

Prior to the rule switch, Paul, who turns 32 in May, would not have been able to sign such a deal. As it stands, though, he'd just miss the over-38 rule and could sign that monster contract.

We could see other players benefit, too. If Kevin Durant and Steph Curry each stay with the Warriors and sign short-term deals, they'd become free agents at a prime time to get mega four- or -five-year deals.

Don't worry too much about James, either. Aside from his many investments outside the NBA, he could use his opt-out clause in two years and sign a big four-year deal during the 2018 offseason. As salaries continue to rise across the league, players are going to continue to earn big money, even as they head into the twilight of their careers.