With a new collective bargaining agreement in place, the NBA owners and players avoided a lockout. They also tweaked a few other rules, and one of them could change the NBA landscape entirely.

Or rather, it might keep it close to how it is now. The new CBA offers a substantially larger incentive for superstars to re-sign with their current teams.

Similar to the old CBA, superstar players that meet certain criteria – such as winning MVP or Defensive Player of the Year or making an All-NBA team – are eligible for larger contracts. The twist with the new CBA is that these players can sign new contracts with a first-year salary equal to 35 percent of the salary cap, but only if they re-sign with their current team. If they sign with a new team? That number drops to 30 percent.

Let's take a look at how that would affect a guy like Steph Curry, who's a free agent next year. Currently, the salary cap is projected to jump to $102 million this offseason. If Curry stays with the Warriors, he'd earn $35.7 million during the 2017-18 season. If he signs elsewhere, he'd make $30.6 million. 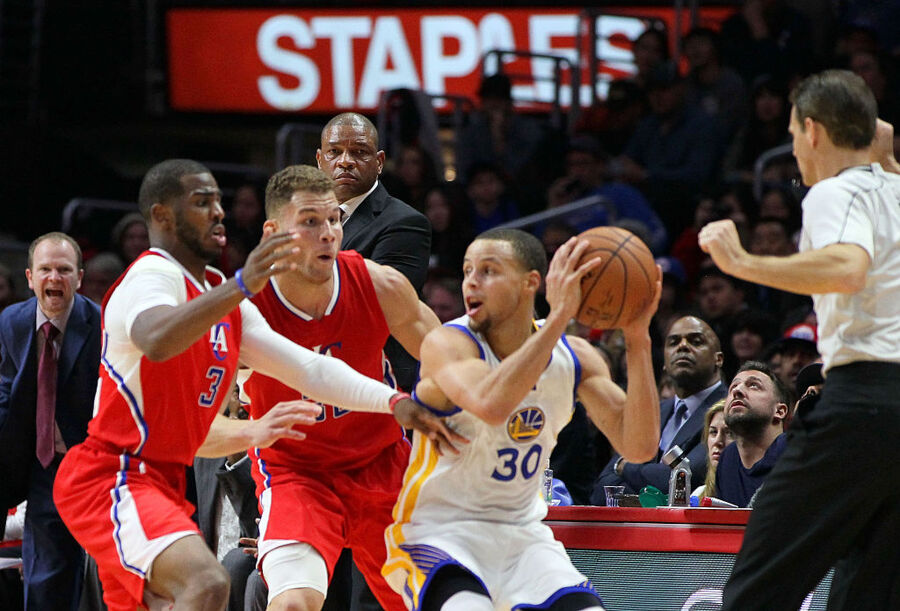 A little more than $5 million doesn't seem like much, but in the long run, it's significantly more money. The Warriors are the only team that could offer five years to Curry; every other team would have to do four. Over the first four years of those respective contracts, Golden State could offer nearly $30 million more than another team. When you factor in that additional fifth year that they can provide, that's a difference of about $76 million between the two deals.

While they won't explicitly state it, you have to think the NBA is doing this to avoid the creation of super teams like the one in Golden State or the LeBron James-Dwyane Wade-Chris Bosh trio that made four straight NBA Finals appearances.

There's also a benefit for smaller-market teams. The extra money might be an incentive for a player like the Clippers' Blake Griffin. While his team has consistently made the playoffs since his arrival, they've never reached the Western Conference Finals. If they don't do it this year, Griffin could look to sign elsewhere. He's had a handful of injuries over the past couple of years – one of which came from punching an equipment manager last year – but there are teams out there that wouldn't hesitate to give him a max contract.

Had the new CBA rule been in place last season, would we have seen Kevin Durant jump ship to the Western Conference champion Warriors? We'll never know for sure, but that would be a LOT of money to turn down.