In 1971, Muhammad Ali battled Joe Frazier in an epic boxing match that's known simply as the "Fight of the Century." It was the first time that two undefeated boxers had fought each other for the heavyweight title, and Frazier won in 15 rounds via unanimous decision.

The fight lived up to its hype, and now, 45 years later, every piece of memorabilia is still valuable. Case in point: Ali's Everlast gloves from the bout just sold in an auction and fetched a very good price.

How much did collector Jeff Rosenberg receive for parting with the gloves? An incredible $606,375, which is $218,000 more than Rosenberg paid to acquire the gloves in 2014.

Rosenberg, who owns the memorabilia company Tri-Star, consigned the gloves to Goldin Auctions. The auction company put the gloves in a live auction in Atlantic City. They were hoping they'd fetch more than $1 million, but as the auction failed to meet that reserve, the gloves were instead moved to the company's online auction. 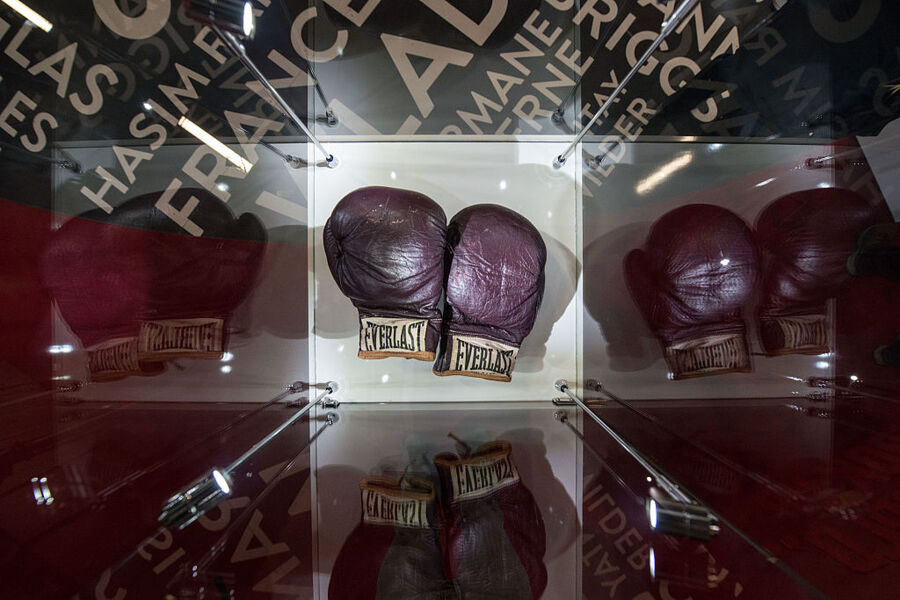 Rosenberg made the decision to sell his gloves after Ali died in June. He said owning them for two years was an "honor," and is thankful the gloves are going to a collector who values them the same way he did and will give them a good home. The buyer hasn't been publicly disclosed yet. Another undisclosed buyer purchased a jock strap allegedly worn by Frazier for $10,200.

With both competitors combining for a 51-0 record and 48 knockouts, there was plenty of excitement surrounding the fight. It was just the third fight back for Ali since his three and a half year suspension for avoiding the draft. After Ali lost in 15 rounds, Los Angeles-based talent agent Jerry Perenchio was supposed to collect his gloves. He never did, so they became the property of Angelo Dundee, Ali's trainer and cornerman.

While this is certainly a great price for a pair of boxing gloves, it's not the most anyone has ever paid for some. Ali's gloves from his very first fight, against Sonny Liston in 1964, went for $836,500 two years ago.

Don't be surprised if other Ali memorabilia is auctioned off in the coming years. Hopefully, like these gloves, they'll go to someone who will cherish them like the historic artifacts they are.