If Floyd Mayweather Makes $250 Million For One Fight – How Much Would Mike Tyson Make If He Was In His Prime Today?

Mike Tyson was a bad man back in the day. He was generally referred to as "the baddest man on the planet" for much of his career, because he was so devastating with his fists. There was just something about the power and ferocity he brought to the ring that made him a must-see for even the most casual of boxing fans. During his career, Mike fought in 58 fights, winning 50 of them. Many of his wins were first round knockouts. For his efforts Mike earned over $400 million.

By comparison, Floyd Mayweather recently earned close to $250 million for ONE FIGHT against Manny Pacquiao. That's $250 million for a fight that was widely criticized as a being dull and a complete waste of money. There was never dull moment in anything Mike Tyson did, in and out of the ring.

That was not Mayweather's first $100 million payday. In fact, Floyd's career earnings to date sit at $630 million. Floyd may may be the best pound-for-pound boxer in the world, and the highest paid athlete on the planet, but, if we're being totally honest, his fights have never been all that exciting. He's usually far superior to his opponents, almost laughably so.

So, if Mayweather can earn what he does per fight today as a relatively boring fighter, imagine what someone as talented and exciting as Mike Tyson could make if he was fighting in his prime right now instead of 25 years ago!!! 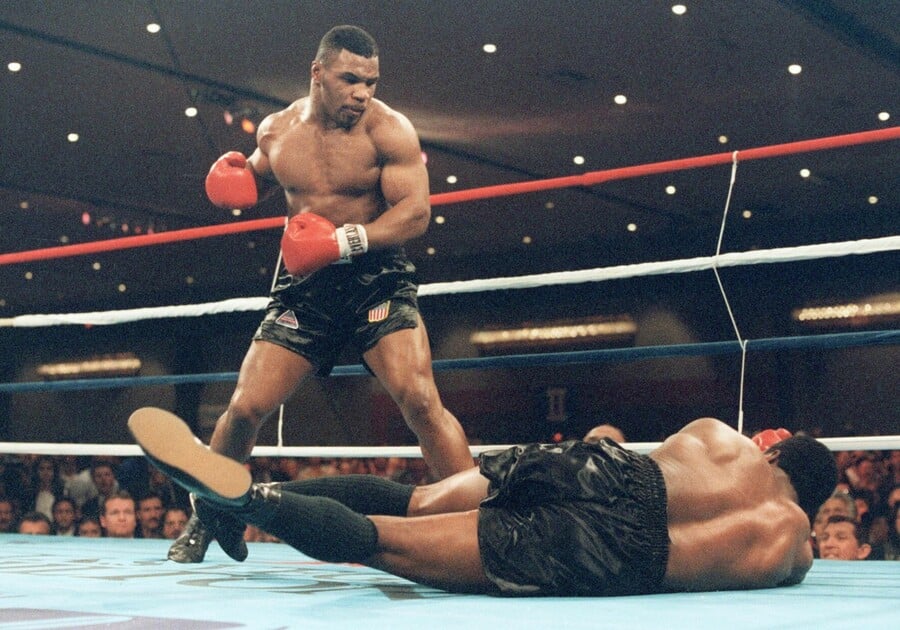 For his fight with Michael Spinks back in 1988, Tyson made a whopping $20 million. Back then, it was considered a monster payday, but if you were to take the credentials of those two and promote the same fight in today's market, the pay-per-views would be through the roof.

In Tyson, you had the undefeated power punch that everyone wanted to see knock someone out. Spinks, who had boxing in his blood (brother Leon and Uncle Cory were both former champions), was also undefeated, and was the first reigning light-heavyweight champion to win the heavyweight title. So the man was no joke.

Tyson topped that payday almost a decade later with his purse for the rematch with Evander Holyfield; Holyfield won the first with a TKO in the 11th round. Tyson was paid $30 million and Holyfield $35 million for a three round fight that infamously ended with Tyson biting off a chunk of Holyfield's ear.

At the time, those were the biggest purses ever paid out in boxing history (and would remain so until 2007). 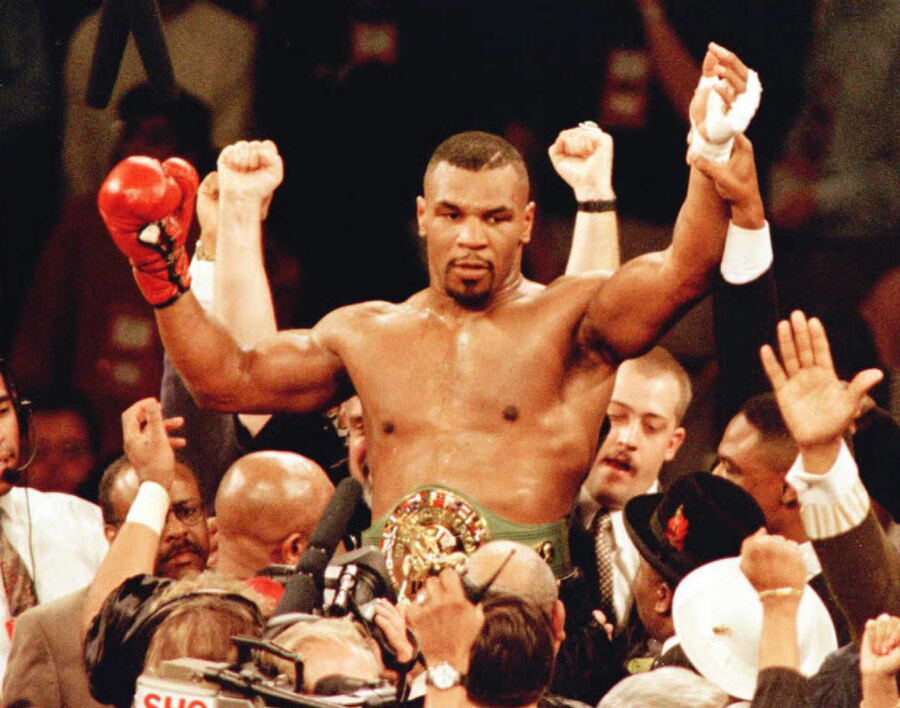 If Mike Was Fighting Today

Yes – Iron Mike Tyson had some great fights back in the day, but even when adjusted for inflation, the paydays were nothing like many of Floyd Mayweather's. In today's dollars, Mike essentially earned $44.4 million for his rematch with Holyfield, a purse that pales in comparison to what Pacquiao earned losing to Mayweather.

So – would he have banked some serious cash if he was fighting today, relative to twenty years ago? Absolutely. Tyson owns four of the top seven pay-per-view fights in boxing history (Mayweather has top three). He ranks fourth on the list of all-time pay per view buys with 12.4 million ($545 million in revenue). Mayweather comes in first at 14 million buys and $943 million. If you get creative with the math and value Tyson's pay-per-views at the same rate as Mayweather's, Iron Mike's would be worth an additional $290 million.

Factor in the lack of quality, marketable fighters today and a guy like Mike Tyson would likely be worth even more.

What's truly remarkable about Mike Tyson is that despite fighting for way less than Mayweather does today, he still managed to earn $400 million (and subsequently blow through it all). If Mike was in his prime right now making mincemeat of guys like Floyd Mayweather, the math says that he would theoretically be making $300 – $400 million per fight. If he had a fight like that once every three years, within a decade he would gross roughly $1 billion. That's enough to make Floyd "Money" Mayweather look more like Floyd "Hobo" Mayweather.