Derek Jeter Net Worth: What's His Career Earnings As He Buys The Marlins

Earlier this week, a group led by former Florida Governor Jeb Bush and New York Yankees legend Derek Jeter reached an agreement to buy the Florida Marlins. The group, which beat out a bid from Wayne Rothbaum, manager of Quogue Capital, reportedly agreed to purchase the team for $1.3 billion from longtime owner Jeffrey Loria. The announcement may have been a surprise to some, especially when taking into account that Jeter just retired from baseball in 2014. But after taking a look into the future Hall-of-Famer's net worth, the pending purchase probably shouldn't come as a surprise to anyone.

It's safe to say that Jeter made a lot of money over the years playing baseball. According to Baseball Reference, the former Yankees shortstop made $265,159,364 over the course of his illustrious career. After taxes, he probably took home somewhere in the neighborhood of $133 million.

In addition, he had a number of big endorsement deals over the course of career including; Jordan Brand, Gatorade, Rawlings, Steiner Sports, Movada, Avon, and others. He still reportedly retains a few of those endorsement deals today, namely Jordan Brand and Gatorade. Some estimate that Jeter makes roughly $8 million to $10 million annually from endorsements. 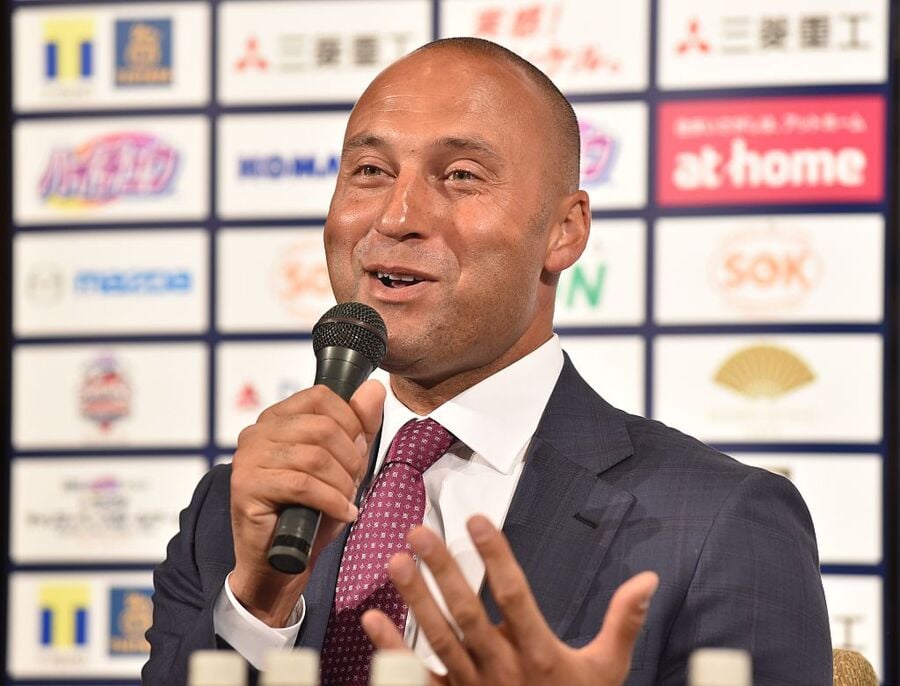 Jeter has also quietly made a few of his own investment moves. He invested in a company called WePlay in 2007 and 2008, and also invested in BlueJeans Network, a video conferencing startup back in 2015. He also started The Players' Tribune, a platform that provides content written by professional athletes.

As a result of all of his shrewd moves on and off the field, his net worth currently rests at $185 million. Jeter obviously won't be putting in all $185 million on the table to purchase the team, and will be a minority owner in the group. According to sources, Jeb Bush will be the "control person" in the group, and several other unnamed investors will be providing the additional capital to foot the reported $1.3 billion price. The purchase still has to be approved by 75 percent of MLB's 30 teams.