How Much Did Colin Kaepernick Make Playing In The NFL?

Nike just dropped something of a bomb with the unveiling of its latest "Just Do It" campaign. The ad, which celebrates the 30th anniversary of "Just Do It", features the face of former NFL quarterback Colin Kaepernick and these two sentences: "Believe in something. Even if it means sacrificing everything." It's a pretty bold statement for Nike. Clearly Colin is a polarizing figure so it's pretty impressive to learn that Nike has stuck with him despite his controversies and lack of actually playing in a professional sports league.

Colin Kaepernick hasn't played in an NFL game since 2016. He came close to signing with the Baltimore Ravens for the 2017 season. The team even went so far as to schedule an in-person meeting with the quarterback. But when Kaepernick's girlfriend tweeted a photo comparing Ravens owner Steve Bisciotti and former player Ray Lewis to a scene from Django Unchained, the meeting – and any chance of signing Kaepernick – fell through.

Kaepernick put up above-average numbers in 2016. His lawyers would argue that his numbers were obviously good enough to continue playing in the NFL for years to come. But he has essentially been blackballed due to his national anthem protests.

If Kaepernick's playing days are indeed done, he's left a huge amount of money on the table, despite signing a "record" seven-year, $126 million deal with the San Francisco 49ers in 2014.

But how much money did Colin actually earn playing in the NFL? 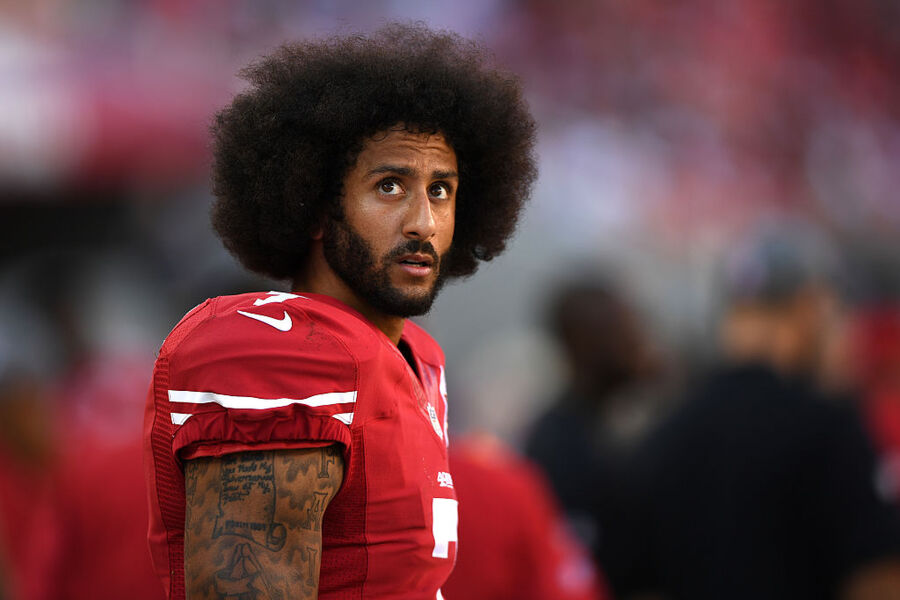 As it turns out, Kaepernick only made about 31 percent of the money from that $126 million deal, and over six seasons in the NFL, his career earnings are $43,479,216, or a little less than $7 million per year. Colin's net worth is $20 million as of this writing. A ton of money, but a fraction of what he likely could have earned had he never taken a knee.

Kaepernick's big deal was highly touted at the time, but even back then, the number seemed inflated. Only a $12.3 million signing bonus and Kaepernick's $645,000 salary in 2014 were actually guaranteed. And because of how the contract was worded, Kaepernick lost $2 million in 2015 because he didn't make first- or second-team All-Pro and the 49ers didn't make the Super Bowl.

Oh, and that other $61 million from his deal that was also apparently "guaranteed?" Kaepernick would only get that money if he suffered a career-ending injury.

Kaepernick restructured his contract in 2016, adding a player option for 2017. Knowing he'd be released, Kaepernick opted out of the deal in March, hoping he could sign a new contract elsewhere.

That hasn't happened yet, though. It's looking like Kaepernick may never recoup the $87 million he missed out on from his "record" deal.

In October 2017, Colin filed a collusion grievance against the NFL. He aims to prove that NFL owners and league executives colluded to keep him off a team. He can't just point to the fact that he hasn't been signed. He needs to show proof that teams made an agreement, either written or expressed, to not sign him. And even if Kaepernick can successfully prove a grievance, it doesn't guarantee a roster spot. He'd simply receive compensation from an arbitrator.