Most NBA Players Make Big Contract Bets At Their Peak Health And Performance. Spencer Dinwiddie Just Rolled The Dice With A Torn ACL…

Throughout NBA history, we've heard stories of guys betting on themselves and scoring big. Jimmy Butler did it while he was still in Chicago. Chris Paul is likely doing it this offseason. Brooklyn's Spencer Dinwiddie is doing the same, though his decision is a bit different.

Unlike these other stories, Dinwiddie is coming off a season where he barely played. He tore the ACL on his right knee three games into the year, missing the rest of the season. But that's not stopping him from taking a risk.

Dinwiddie declined the $12.3 million player option for the 2021-22 season on his current contract and will be a free agent this summer. 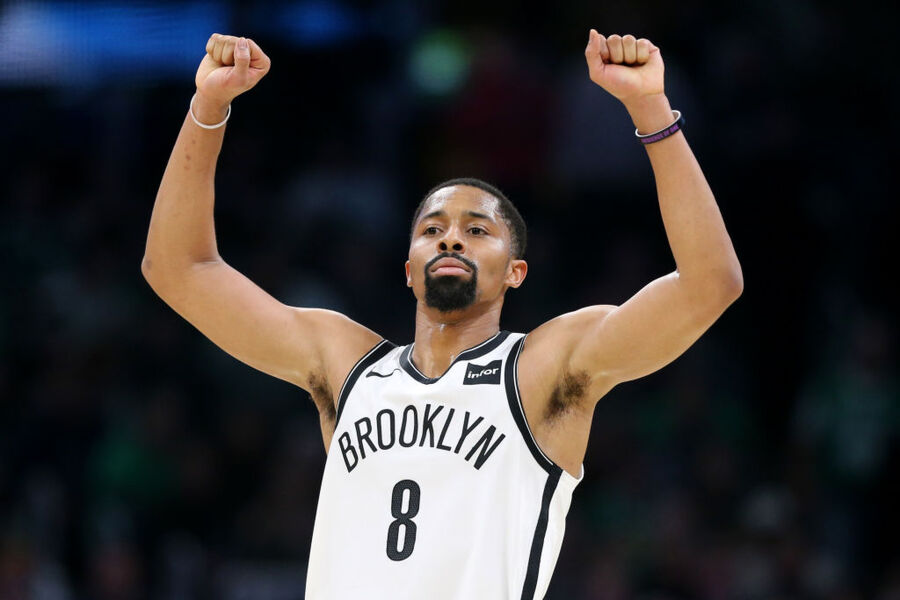 On the plus side, Dinwiddie has played well when he's been healthy. He averaged 20.6 points and 6.8 assists in the 2019-20 season. However, he was diagnosed with COVID-19 in late June and didn't return to the NBA bubble in Orlando.

It's not completely out of the question that Dinwiddie could earn a four-year deal in the $80-$100 million range. Yet, there's a bit of injury concern. He's only 28 years old and also tore his left ACL in college.

Still, ACL injuries typically aren't nearly as devastating now as they were a decade or two ago. In fact, Dinwiddie was planning to return this season if the Nets made the NBA Finals. Instead, the team bowed out in the second round against the Milwaukee Bucks – which could be a blessing in disguise – as it gives Dinwiddie more time to rehab.

Brooklyn entered this postseason as title favorites and will likely be in a similar position next year. By opting out, Dinwiddie isn't necessarily leaving the Nets, though odds are pretty good he'll be elsewhere next season. He appears to be choosing the security of a contract over a potential title. It looks like this summer will offer a fairly lackluster free agent market, so it could end up paying big dividends for Dinwiddie.

As long as he returns to the court and stays healthy, he can contribute for a team — wherever that may be.