Moses Malone Jr. Alleges In Civil Suit That James Harden Ordered A 'Hit' On Him

To say that James Harden has had a rough week is probably an understatement. His performance (or lack thereof) in Game 6 of the Western Conference semifinals opened the MVP candidate to a bevy of criticism from pundits and fans alike, criticism that will likely follow the All-Star guard throughout the off-season and the next NBA season. Now, the 27-year-old is at the center of a lawsuit filed by the son of the late Moses Malone.

Moses Malone Jr. filed an amendment to a civil lawsuit earlier this week, looking for damages from All-Star guard James Harden for allegedly putting out a "hit" on him in response to a Facebook post that was critical of Harden's basketball camp fee. According to the lawsuit, Malone alleges that Harden paid Darian Blount roughly $20,000 in order "to put a hit on him" last year. On June 25, Malone was assaulted and robbed by four men, including Blount, who were armed, at about 2 in the morning outside of V Live Houston, an after hours strip club that is now closed. 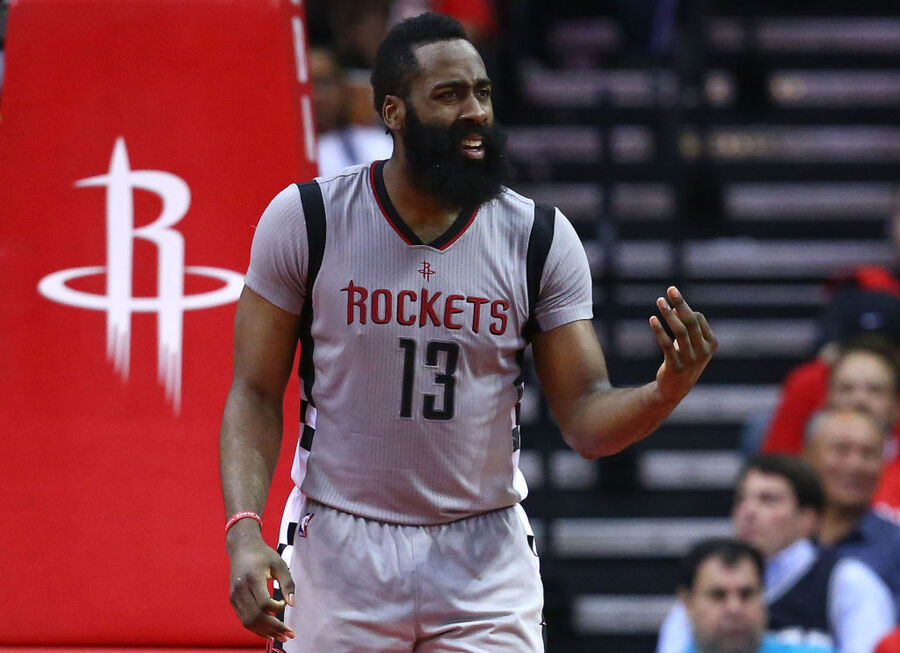 Malone's lawyer, George Farah, told ESPN the following, "All the stories that we've heard from all the witnesses were pretty consistent that James Harden was pretty upset about the Facebook post that was posted the night before the attack… There were text messages between Moses and some of James Harden's friends… We have a good trail of evidence that leads to James Harden's involvement to this."

The original lawsuit filed by Malone seeks damages from V Live Houston as a result of injury and loss of property. According to the lawsuit, Blount approached Malone as he attempted to enter the club, and told a group of armed men to attack and rob him. According to the lawsuit, Malone claims he was kicked and punched in the face, and was robbed of his diamond earrings and other jewelry.

Malone is looking for over $1 million in damages as a result of past and future severe physical pain, mental anguish, loss of personal property, physical impairment, and medical expenses.