More Than Half Of Antonio Brown's New Contract Is Incentive-Based

Antonio Brown played in exactly one game with Tom Brady last year. Yet the receiver certainly made an impression on the future Hall of Fame quarterback. Brady campaigned to get Brown to Tampa Bay, and after entering the COVID-19 protocol, Brown is set to make his debut for the Buccaneers in Week 9.

However, Brown's salary won't be close to what he was making in 2018, when he led the NFL in touchdown catches. In fact, Brown's one-year deal with the Bucs is worth $1.05 million in base salary and roster bonuses — right at the league minimum.

But per ESPN's Adam Schefter, Brown has the chance to increase the deal's value by 150 percent — a max of $2.5 million — by hitting certain incentives.

The first incentive is team-based. If the Buccaneers win the Super Bowl, Brown will earn an additional $250,000. Midway through the season, Tampa Bay looks to be among one of the top teams in the NFC. Adding Brown should only boost a receiving corps that already includes Chris Godwin, Mike Evans, Scotty Miller, and Rob Gronkowski. 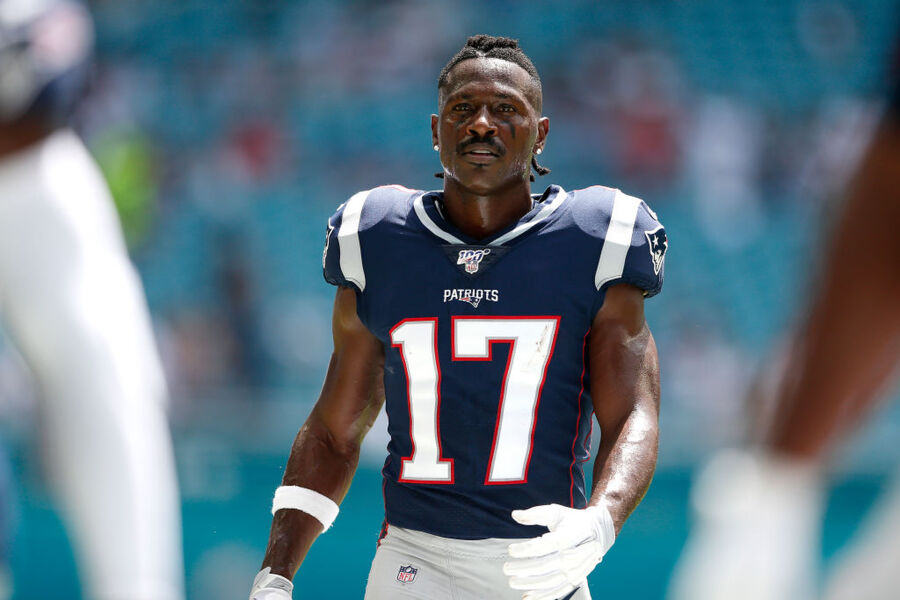 In 2018, Brown's last full season in the league, he had 104 receptions for 1,297 yards and 15 touchdowns. Considering he's joining the team midway through the season, he probably won't have to hit those numbers, but the Buccaneers may have set his incentives at about half those totals.

Beyond incentives, Tampa Bay is giving Brown an opportunity. He's had quite a bit of drama since 2018. First, he stormed out of Pittsburgh when the Steelers named JuJu Smith-Schuster team MVP. He then joined the Raiders, suffered a foot injury during cryotherapy and was released without ever playing a game. Finally, he signed with the Patriots, who also soon parted ways with him.

However, Brown can turn his reputation around with a solid season in Tampa Bay. And at 32 years old, he may still have a few seasons left in him. This year could serve as an audition to earn a larger contract next offseason.

The Bucs are certainly hoping Brown isn't a distraction. They're willing to give him a chance — now let's see what he does with it.