It takes the right kind of person to coach an NBA team. All the talent in the world means little, if the team does not have the right guy leading it. Someone has to convince the role players they are better than they are, get the superstars to co-exist peacefully, and hopefully develop someone into the NBA's next big superstar. However, as some teams know all too well, finding Mr. Right is easier said than done. As a result, more and more clubs are starting to show a willingness to pay – and pay well – when they believe they have found the right guy.

Golden State believed it had the coach they needed when it named Steve Kerr, a guy with no coaching experience of any kind, as head coach in 2014. People thought the Warriors' front office was nuts to offer him $5 million a season, but so far, he looks like a bargain.

It had to help that the Warriors were already moving in the right direction when they hired Kerr. The Minnesota Timberwolves and Washington Wizards can't make the same claim. So when they went hunting for new head coaches, they were not looking to roll the dice like Golden State did.

They went with proven coaching talent, and paid accordingly. 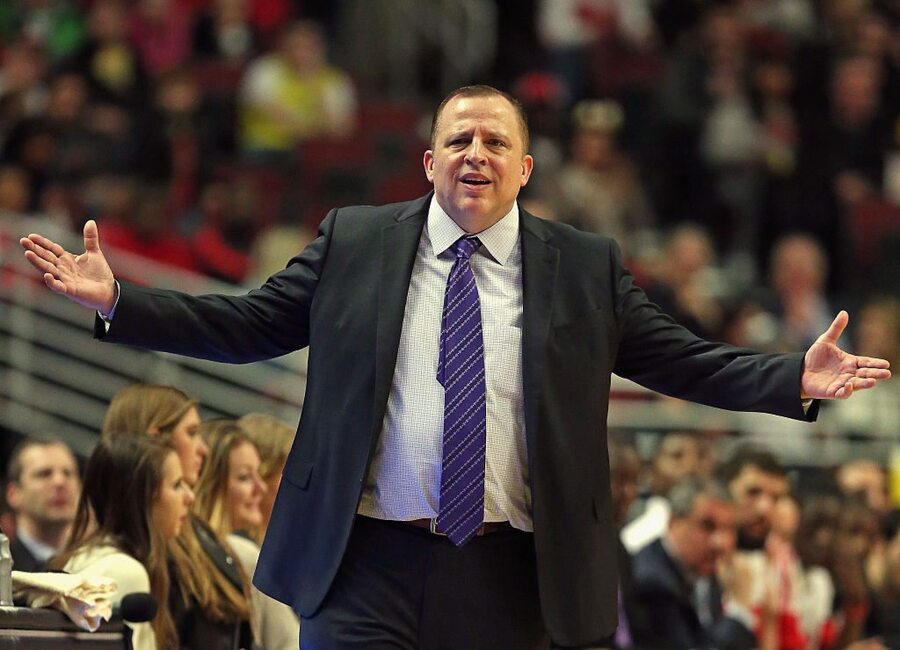 For the Minnesota Timberwolves, it was former Chicago Bulls Head Coach Tom Thibodeau who they also hired as President of Basketball Operations. To hold down both positions and hopefully guide the Timberwolves to the postseason for the first time in over a decade, he will make $40 million over the next five years. Team owner, Glen Taylor said in a statement:

"We are extremely excited to welcome Tom Thibodeau back to the Timberwolves. Through this process, we quickly identified Tom as the best leader to shape our talented team and help them realize their full potential."

Thibodeau had previously been an assistant with the team from 1989-91.

For the Wizards, the situation was a little different. After failing to guide the team to the postseason during his first two years, Randy Wittman took them to the conference semi-finals twice. After missing the playoffs this year, he was let go.

So the Wizards have the potential to become a perennial playoff team – if they can find their own version of Mr. Right. They believe they have in former Oklahoma City Thunder Head Coach Scott Brooks.

In seven seasons with the Thunder, Brooks took the team to the postseason five times (made conference finals three times and NBA finals once). He will not have guys like Kevin Durant, Russell Westbrook, James Harden, and Serge Ibaka to work with, but John Wall and Bradley Beal aren't half bad either.

Rather than waiting and giving the Houston Rockets a chance to snatch him up, they made him an offer he couldn't refuse: five years for $35 million.

A high-priced head coach does not necessarily make a team go up from the bottom of the barrel, but it gives fans reason to hope their team may be better next season. If the team isn't, they can point to the head coach's resume and tell fans to be patient and give him time. In time, if the team still doesn't start winning, high-priced guys can be fired just as easily as the cheap ones.

With several teams still looking for a head coach, and few proven commodities available, it would not be shocking to see a bidding war or two develop in the months to come.