More Athletes Are Betting On Themselves With Shorter Deals – Here's Why

This past offseason, we saw Mike Trout, Bryce Harper, and Manny Machado sign huge deals. All of these contracts are for at least ten seasons, effectively putting those players on their respective teams for the rest of their careers. While the recent long-term influx of deals is fresh on our minds, it's easy to overlook another trend that's popped up over the past few years: players taking short-term deals and betting on themselves to earn big.

But why is this becoming more common? Ten years ago, the goal was to lock up a long-term deal that provided security for the player. Now, more players are willing to sign a deal for just one or two seasons as a means of earning a more massive contract down the line, or at least to provide more options for themselves. Here are three big reasons why the short-term deal is a more frequent occurrence.

When an athlete signs a contract with a team, it's usually because they believe that team is headed in the right direction. Sure, sometimes it's strictly about money, but often, a player believes they're going to a good situation.

But a lot can change in a few years. Just look at the Cleveland Cavaliers. They made four straight NBA Finals but didn't even sniff the playoffs this year. Of course, they lost one of the best players in the game in LeBron James, but still – anyone who signed a longer contract with the team was probably expecting better in 2019 than one of the worst records in the league.

In fact, LeBron is a great example of a short-term deal paying off. He routinely re-worked his contracts in Cleveland to essentially be a series of one-year deals. That way, he could re-sign the next offseason for more money, since the salary cap steadily rose. Kevin Durant is doing something similar with the Warriors, signing multiple two-year deals with a player option for the second year. He can restructure his deal as needed each summer. He's also leaving open the option to go sign a long-term deal elsewhere, as LeBron did this past offseason with the Los Angeles Lakers.

Short-term deals are great for older players, too, especially if they're stars. New Orleans Saints quarterback Drew Brees restructured his deal this offseason – he'll still make the $23 million he's owed this year, but the Saints will save $10.8 million in cap space that they can use on other pieces as they make another championship run. If Brees had a longer deal, it would be harder to finesse all of those numbers. 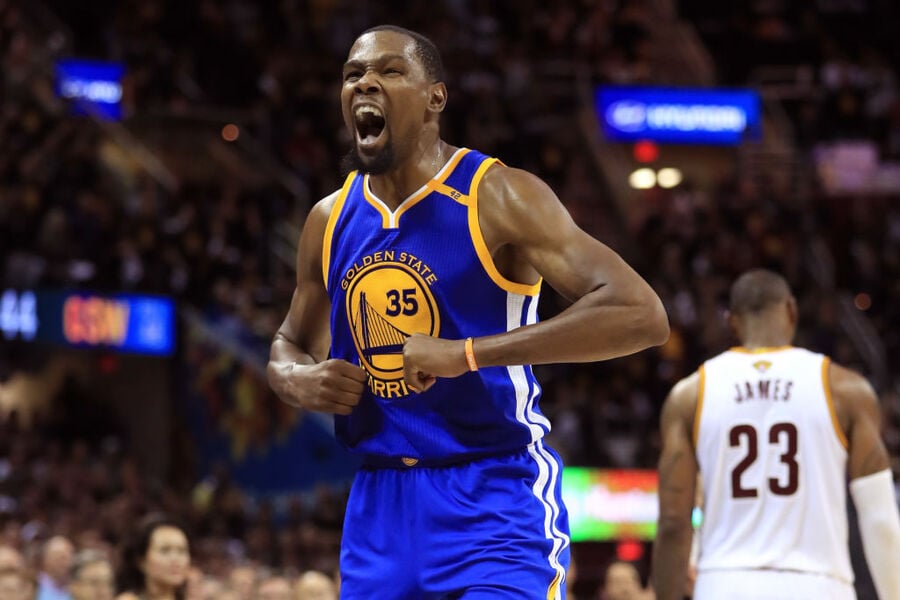 From the team's perspective, the flexibility of short-term deals often poses less risk. If a player ends up not panning out, they can be released after just a couple of seasons – or in the NFL's case, right away, losing most of or all of his salary, since NFL contracts often aren't guaranteed. But that gives players the opportunity to bet on themselves, which can lead to huge paydays.

Sometimes, though, a player has to bet on himself with a shorter deal. When he was still with the Chicago Bulls, Jimmy Butler neglected to sign a contract extension worth four years, $44 million. In essence, he was playing out the final year on his deal as a "prove it" season. The result? A Most Improved Player award and a five-year, $95 million contract extension.

In the NFL, Kirk Cousins accepted a pair of franchise tag offers from the Washington Redskins instead of taking a deal that he felt was less than what he was worth. He bet on himself to perform, and after two solid seasons in Washington, he signed a three-year, $84 million deal with the Minnesota Vikings. By the end of 2021, he'll have amassed $128 million, all guaranteed.

And in the MLB, Max Scherzer turned down a $160 million extension from the Detroit Tigers a few seasons back. He was 29 years old and in his prime, so he rolled the dice on what was essentially a one-year deal. He ended up signing a massive seven-year, $210 million contract with the Washington Nationals and structured the contract in a way that he'll earn $15 million per season for seven years starting in 2021. He'll likely continue earning significant money even after he's retired.

On some occasions, a player really just has one specialty that a team is counting on. Isaiah Thomas was one of the best scorers in the NBA. After an MVP-caliber season for the Boston Celtics, Thomas was traded to the Cavs for Kyrie Irving. Thomas never recovered from his injury woes in Cleveland (and later Los Angeles), and he signed a one-year deal with the Denver Nuggets this summer for the veteran's minimum.

Thomas was betting on himself, hoping he could re-energize his career as a strong scorer off the bench. Unfortunately, he only played in 12 games for the Nuggets this season, averaging just 8.1 points, a career-low.

Meanwhile, the Philadelphia 76ers gave J.J. Redick a one-year, $23 million last season – almost exclusively for his three-point shooting and veteran locker presence. With the Sixers entering this season with championship aspirations, the team re-signed Redick for $12.25 million. In 11 seasons before joining the Sixers, Redick had never made more than $7.37 million in a single season. But the Sixers were in need of his services, and are willing to pay a premium for them.

Because no matter the league, players know it's a business. And they'd be smart to try and maximize their earnings.