Months After Buying Out Willie Taggart For $18 Million, Florida State Boosters Received A PPP Loan Worth $900,000

The Paycheck Protection Program was designed to offer financial relief to small businesses and nonprofits across the country. But as we've continued to see, organizations that bring in a lot of money are also receiving funds. One of those organizations? Florida State.

The United States Small Business Administration released a database with 82,708 small businesses or nonprofit organizations that have received at least a million dollars in funding from the PPP. And Seminole Boosters, Inc., the booster club of Florida State, was on that list. They're not the only sports team to receive financial aid, either. The Los Angeles Lakers got a $4.6 million loan, and their franchise is worth about $3.7 billion. 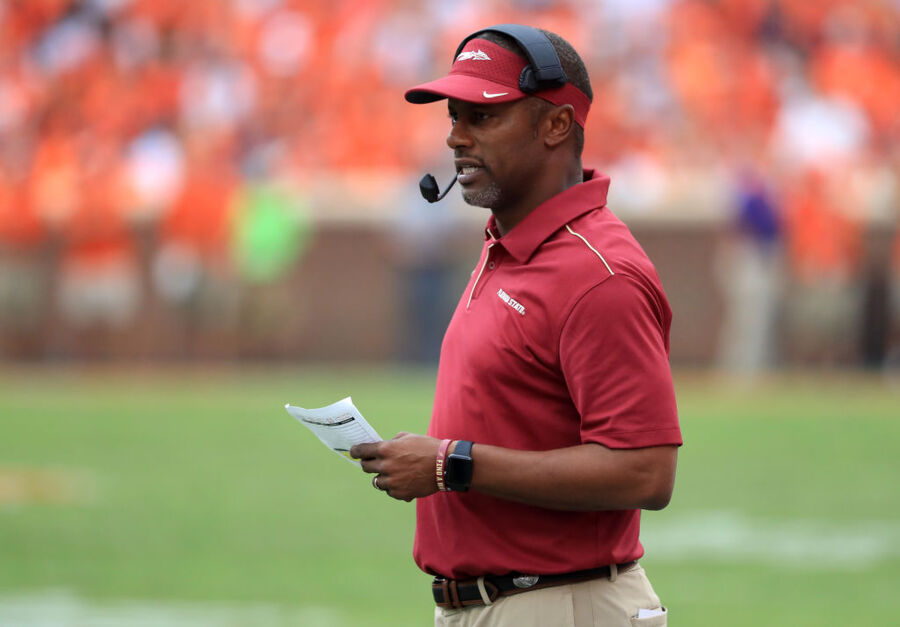 However, the school recently announced it was cutting several positions within the athletic department and Seminole Boosters. The move comes amid growing uncertainty that the 2020 college football season will start on time. College football is a big revenue draw at most universities, and Florida State is certainly no exception.

Adding to the complexity is Florida State's buyout agreement with Willie Taggart. The university fired its former head coach in November of 2019. Under Taggart, Florida State had a 9-12 record and missed a bowl game for the first time in 36 seasons.

The university paid $18 million to Taggart to get rid of him. Throw in buyout packages for his assistants and the total rises to $22 million. That payment looked bad at the time. It looks even worse now, with the university laying off multiple people – even after receiving a hefty loan.

Hopefully, schools can eventually bounce back from their financial losses. Until then, it's looking like lean times ahead.