Which MLB Players Are Making The Most Money This Year?

For the 13th straight year, the average Major League Baseball salary has increased. Industry revenues are more than $10 billion, and as a result, players are making more now than ever before.

The average baseball player will make $4.47 million this year. That's a record, though it's the smallest increase (1.6 percent) since 2004, when the average salary fell from $2.5 million to $2.4 million, a three percent decline.

Interestingly, the team with the highest payroll is in the same state as the team with the lowest payroll. The Los Angeles Dodgers opening day payroll was $188 million, though they have $235 million in total financial commitments. The Dodgers are paying nearly $50 million to players who are either in the minors or aren't even on the team. Outfielder Carl Crawford, who last played a game for the Dodgers in June of 2016, is set to make $21.8 million from the team this year.

Crawford will earn more than half of what the entire Padres opening day roster will make this season. San Diego has the lowest payroll at just $34.6 million. Their additional financial commitments are a bit more than $35 million, with about $27 million going to pitcher James Shields and outfielder Melvin Upton, Jr., who are currently on the Chicago White Sox and San Francisco Giants, respectively.

The Padres embody the desire of many MLB teams to get younger, cheaper talent – 21 of their 31 players on the opening-day roster and disabled list are earning less than $1 million this season.

While the Padres are cutting back on costs, there are still plenty of players taking home top dollar. That's what this article is about. Here are the ten baseball players making the most this year. 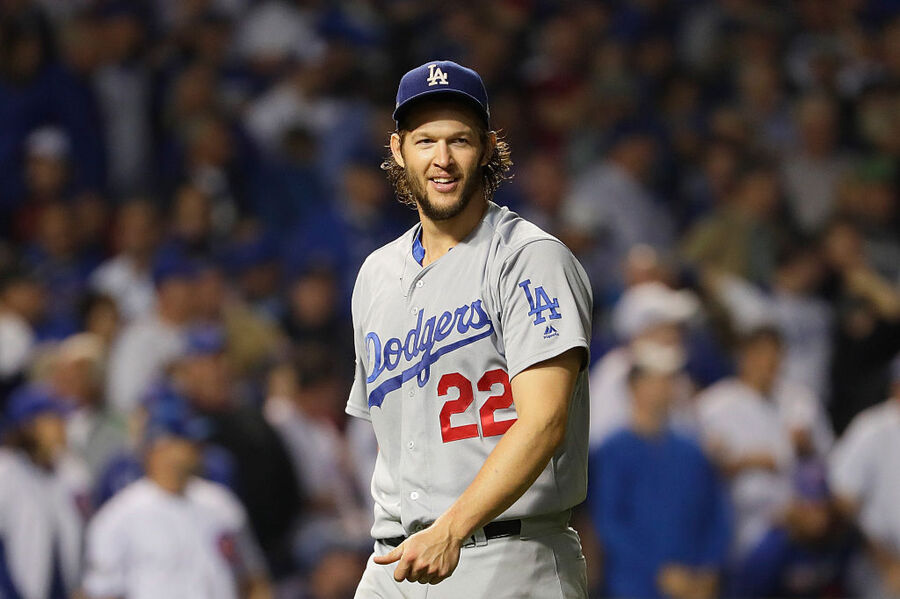 For the second straight year, Kershaw will make more money than anyone else in baseball. Kershaw has made six All-Star teams, won three Cy Young awards and took home the 2014 NL MVP. Since his rookie year, Kershaw has also never had an ERA higher than 2.91. The Dodgers are hoping he can continue his strong pitching to lead the team to a World Series victory – the lone thing missing from his resume.

Greinke is in his second season with the Diamondbacks. Year one was a relative disappointment, with Greinke posting near-career worsts in ERA and home runs allowed while accumulating one of his lowest innings pitched totals. However, he still remains a force on the mound and is both one of the best at defending his position and hitting from the No. 9 spot in the order. Greinke has won three straight Golden Glove awards and even took home a Silver Slugger in 2014 when he hit .328 with four RBI.

Price has been a fantastic pitcher during the regular season, though it's a different story during the playoffs. Price has notched at least 15 wins in five different seasons but still hasn't won a postseason start. He recorded a career-high in games started last season, though the amount of work may have worn him down a bit – his ERA was 3.99, his worst since 2009. He also is currently suffering from soreness and inflammation in his elbow and arm and hasn't pitched at all this season. 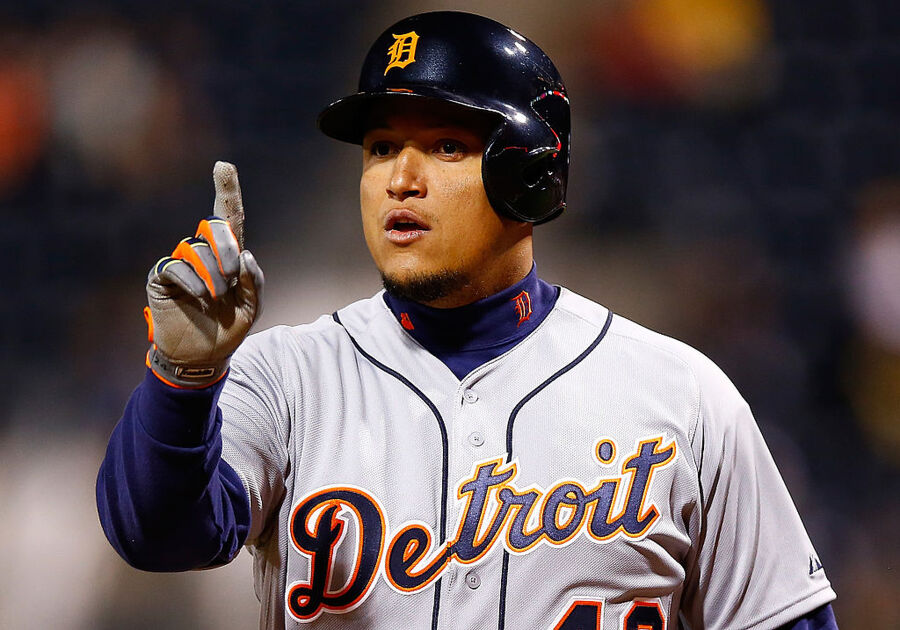 The highest-paid position player on this list, Cabrera is still putting up big numbers at 34 years old. He's won two MVP awards, been to 11 All-Star games, and has led the American League in batting on four separate occasions. He even has a World Series to his name, helping bring home a ring in 2003 as a rookie with the Florida Marlins. Cabrera is known for his consistent power, too – coming into this season, he had hit at least 30 home runs in 10 of his 14 years in the majors.

Verlander is making just as much money as his teammate. In 2011,  his best season, he not only won MVP and the Cy Young awards, he achieved the pitching Triple Crown of leading the league in wins (24), strikeouts (250) and ERA (2.40). He was runner-up in Cy Young voting last year, and the Tigers are hoping he can help get the team back to the World Series. They haven't been there since 2012 and missed the postseason entirely the past two years.

Heyward had one of the worst postseasons imaginable at the plate last year, batting an atrocious .104 with no home runs and one RBI. However, his spirited post-game speech during the rain delay in Game 7 of the World Series was widely reported to help spur the Cubs to victory, so he'll be highly regarded in Cubs lore. Heyward retooled his swing this off season and had a hot start to the 2017 campaign. Though he's come back to earth a bit, he's still a productive player, especially in the outfield. He's won four Golden Gloves in seven full seasons and is aiming for his fifth this year. 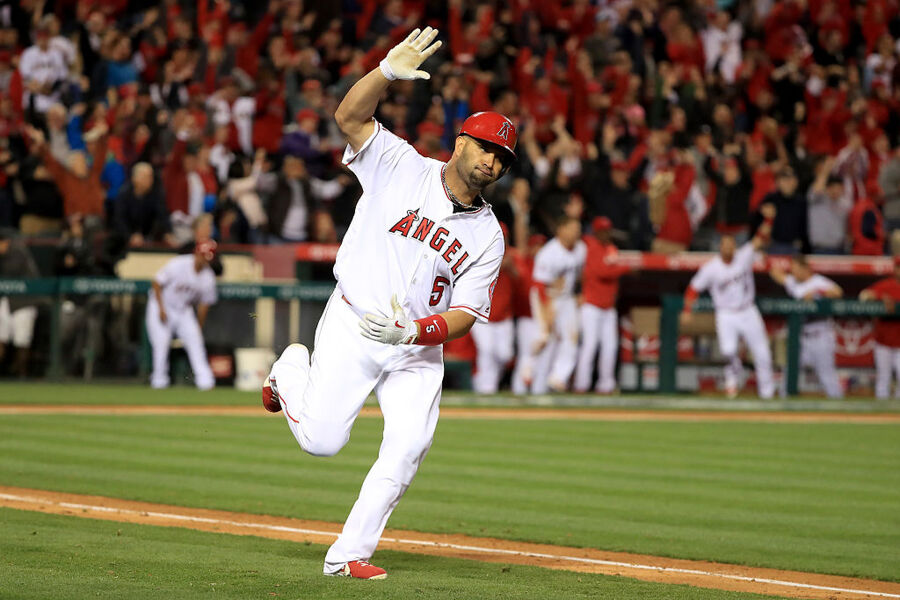 Since joining the Angels in 2012, Pujols hasn't hit above .285. His lowest batting average in 11 seasons in St. Louis? .299. It's safe to say the 37-year-old's best years are behind him, but he's built quite the list of accomplishments. On top of his two World Series wins, he was a Rookie of the Year, won three MVP awards, and is a 10-time All-Star. Curiously enough, Pujols finished second in MVP voting in 2002, his second year in the league, but didn't make the All-Star game. Guess the fans messed up on that one.

Hernandez has been one of the few bright spots for a Mariners team in a massive postseason drought. Since winning 116 games in 2001, the Mariners have not made the playoffs. That includes all of Hernandez's career, now in his 13th season. Hernandez is a six-time All-Star and one-time Cy Young winner; he's also had a sub-2.50 ERA in three separate seasons. The Mariners are again at the bottom of the AL West standings, so it looks like Hernandez will once again miss out on the postseason. 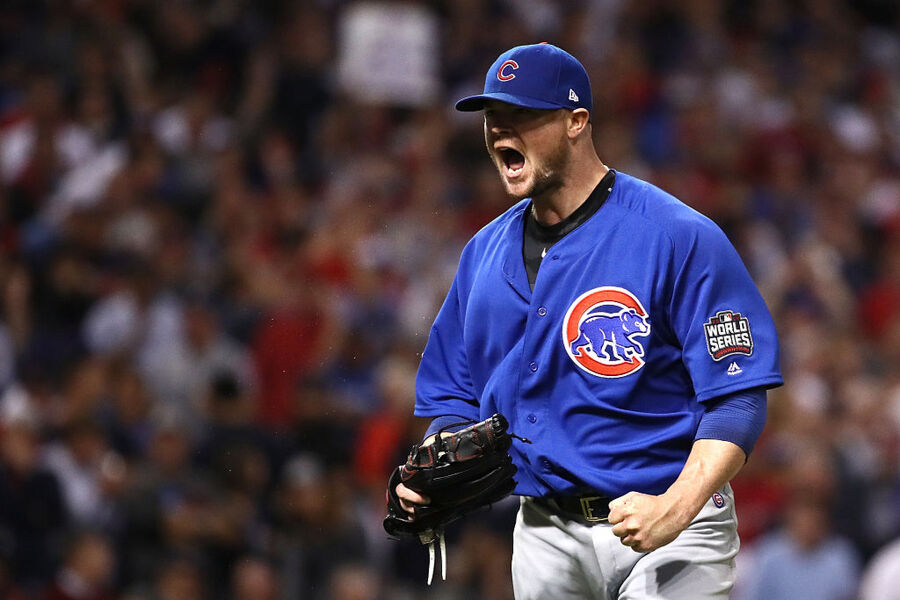 The Cubs brought in Lester to add much-needed postseason experience to the roster. Though he struggled in 2015, he had his best season to date last year, narrowly missing out on his first Cy Young award. He also contributed in the postseason, going 3-1 with 30 strikeouts in six appearances, including three solid innings in Game 7 of the World Series. Anyone in Chicago will agree, Lester has been a worthwhile investment.

Sabathia won a World Series in his first year in New York, but over the past few years, he's been pretty inconsistent on the mound. He hasn't posted a winning record since 2013, and last year was the first time since 2012 that he had sub-4.00 ERA. The Yankees hope their 36-year-old pitcher can regain his form this year since they're still paying him like it's 2007, the year Sabathia won his lone Cy Young award.