One of the many keys to making money in the NFL these days is for a team to be able to play in a shiny, new, state-of-the-art stadium. However, to build a quality stadium these days, it typically costs at least $1 billion, and usually much, much more. The cost of a new stadium is what drove the Rams out of St. Louis and into Los Angeles, and it still could drive the Raider and Chargers out of their current homes – but not the Vikings.

The governor announced on March 1, 2012, that a plan had been agreed upon for the new home of the Vikings to be built on the old home, the Metrodome. Initially, the stadium was supposed to cost $975 million, but with construction expected to wrap up in a few months, that number has grown to $1.1 billion.

According to recent reports, a few additional million had to be tacked on, because the roof leaked. As much as it tends to snow in Minnesota, that can be somewhat of a problem. 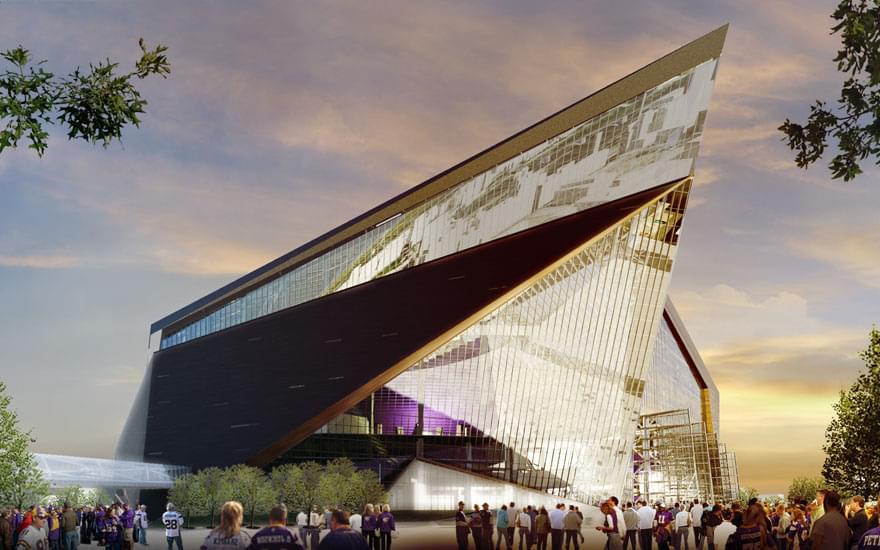 During the fall, workers noticed some dampness on the parapet wall and saw some water pooling in the gutter, but they were not sure where the moisture was coming from. It took a few months, but the builders were eventually able to figure out the problem was a faulty vapor barrier.

Luckily, only one side of the building had the barrier installed when the leak was discovered. It will have to be removed and replaced with a better material and the material for the other three will be replaced before installation.

When all is said, roughly 30 percent of the wall will have been affected and cost $4 million to repair.

While just a small piece of the overall pie, it is $4 million no one wants to be responsible for. The Vikings (with the help of Stadium Builder's Licenses sold by the Minnesota Sports Facilities Authority) have already covered 53 percent of the cost ($577 million), along with the $23 million it costs to play in TCF Bank Stadium, the home of the Minnesota Golden Gophers, this past season. The state is covering $348 million and $150 million from the City of Minneapolis.

So who is covering it? Neither the team, state, or city. The design team is.

The repairs are not expected to slow down construction at all. U.S. Bank Stadium (who is paying $220 million over the next 25 years for the naming rights) is expected to be ready in time for the Luke Bryan concert, scheduled for August 19.