Why Does This Millionaire Green Bay Packers Player Still Work At A Farm In The Offseason???

To make it to the NFL, thrive, and actually succeed you have to have a solid work ethic. Talent will take you among way, but even the most talented player will flame out if he doesn't put enough work in. Ask any veteran player and they will tell you that a good work ethic is one of the keys to their success.

So—how do you get one? For some people it is all about the drive. You want to be the best so bad that you are driven to do the work to get you there. For others, the work ethic comes another way. For example, Green Bay Packers wide receiver Jordy Nelson got his working the family farm.

In an interview with the 700 Club Nelson explained the impact growing up on a farm helped prepare him for the NFL:

"First is the discipline. Growing up on a family farm, that's where our income came from and we rely on everybody to do their part…Hard work as well. The first thing that comes up about farming is the hard work. That connection we had as a family, being around each other, relying on one another, it was great."

That is probably why, even though he has a net worth of $18 million and just signed a four-year deal for $39 million last season, he still goes home and turns in 12-hour days working the family farm during the off-season. 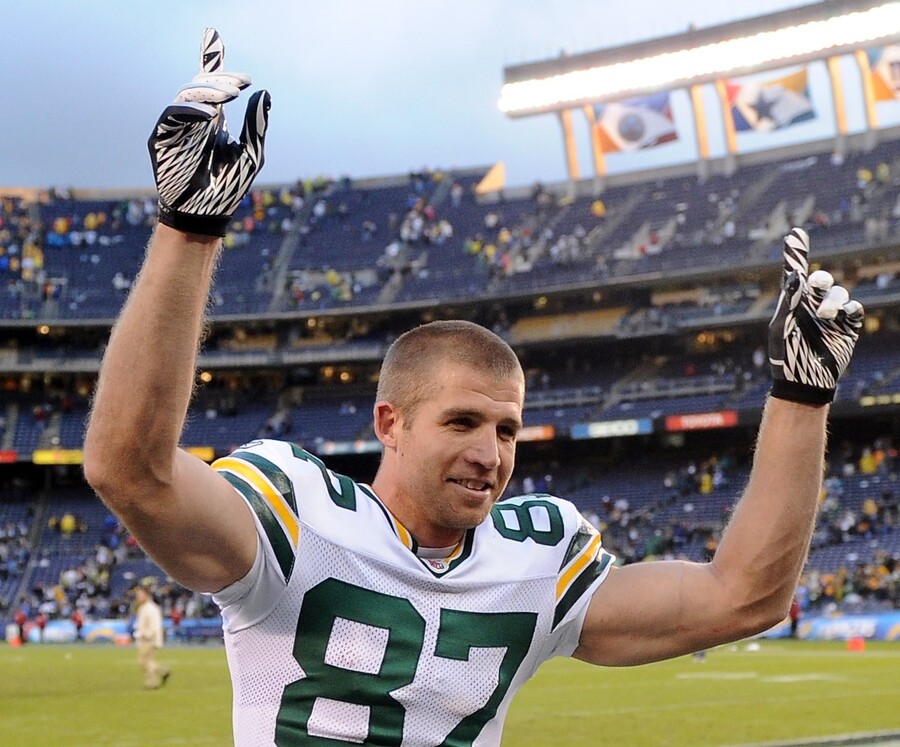 He doesn't shy away from anything. If the wheat needs to be cut he hops on the combine and gets it done. If the 1000 head of cattle the family has needs to be rounded up he has no problem with that either.

Of course, because who doesn't want to be a real life cowboy straight out of the Old West?

For Nelson it is all about family and doing what he knows, but there have been a handful of players that have taken unusual jobs (considering that they all make an excellent wage in the NFL) in the off-season.

Former St. Louis Rams running back Terrance Ganaway (retired August 2013) took a job at Jimmy John's one off-season after commenting on Twitter about having too much downtime. An employee at the local Jimmy John's called his bluff, and Ganaway ended up taking the job.

"I just wanted to stay fit, stay out of trouble and really just try to save money and not spend a lot of money," Ganaway told the newspaper,

After getting drafted by the Baltimore Ravens in 2013 safety Matt Elam took a job at a local Finish Line. Why? He wants to have his own sporting goods store someday.

"I just need to get retail knowledge," Elam said. "That's basically what I'm doing. I'm getting that knowledge for when it's time."

So Nelson is not the only one, but working at Finish Line and Jimmy John's does not compare to working 12 hours on the farm.