During the 2018 NBA Draft, two players with plenty of similarities were selected two picks apart. With the 10th pick, the Philadelphia 76ers chose Mikal Bridges, a 6'6″ forward from the Villanova Wildcats, before immediately trading him to the Phoenix Suns. Two picks later, the Charlotte Hornets selected Miles Bridges, a 6'6″ forward from the Michigan State Spartans.

They may soon share another similarity: a huge contract. 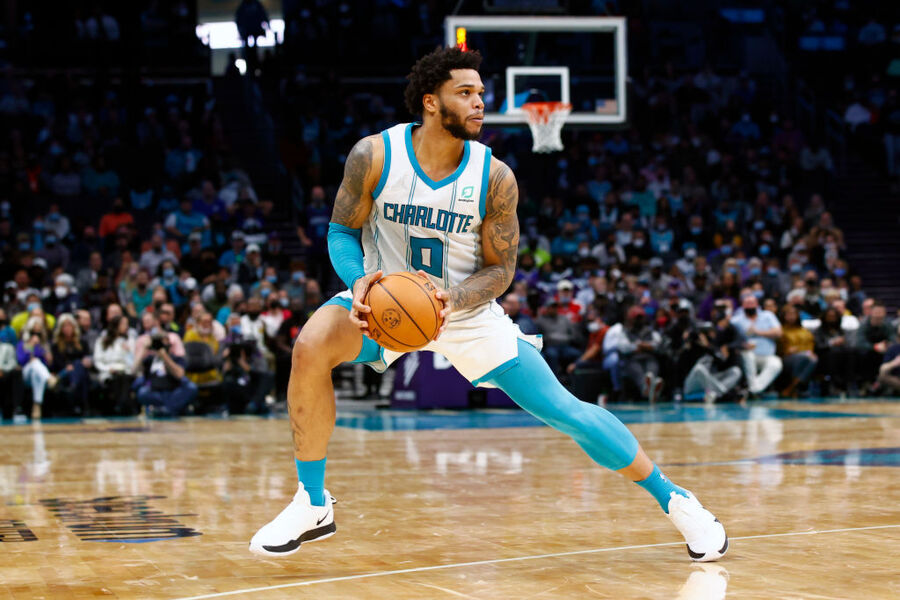 That's thanks to a bet Miles Bridges made on himself before this season started. After a successful 2020-21 campaign where he averaged 12.7 points, 6 rebounds, and set a new career-high with 40% shooting from three-point range, Bridges was reportedly offered a four-year, $60 million deal from the Hornets.

He turned it down, believing he could do even more this season in a larger role. And so far, he's been right. About a quarter of the way through the season, Bridges is averaging career-highs in just about every statistical category and has started each game for the Hornets.

The 23-year-old Bridges will be a restricted free agent after this season. With the way he's playing, he's hopeful he'll earn a deal similar to Mikal Bridges did before this season began. Mikal Bridges was a pivotal part of the Suns' run to the NBA Finals, and the team rewarded him with four years and $90 million.

Miles Bridges hasn't been in the league long enough to net the kind of massive contracts that stars like Steph Curry, Kevin Durant, and James Harden have signed. But he's putting in the work, from two-a-day workouts on the basketball court and weight room during the offseason and hiring a chef to help slim down a bit.

The result: More trust from the Hornets organization and an opportunity to shine on the court. And for Bridges, whose main goal for this season is to get his team to the playoffs, it very likely will spell big bucks when summertime rolls around.