Mike Trout Signed A Record-Setting Deal, But Floyd Mayweather Still Has Him Beat For Largest Sports Contract Ever

When Mike Trout inked a 12-year extension to stay with the Los Angeles Angels, it was hailed as a massive, record-setting deal. And it was: Trout's $430 million contract is the largest guaranteed deal in professional sports. It'll likely keep him in L.A. for the rest of his career, and he'll obviously be set for life. But dig a little deeper and you'll see that, technically, Trout's contract isn't the largest of all time. That honor belongs to Floyd Mayweather.

Mayweather signed a deal with Showtime in 2013 for six fights and 30 months. Though the value of the deal was never released publicly, the contract paid the boxer an estimated $450 million. That's an average of $75 million per fight, thanks largely to Mayweather's promoter skills. So why do most people not consider Mayweather's the largest deal ever? 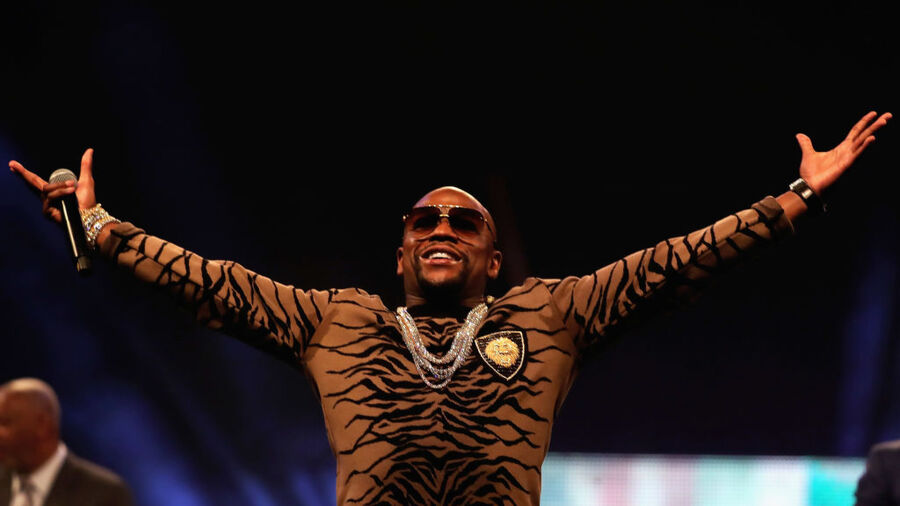 It's all in the guarantees. When Mayweather inked his deal with Showtime, he wasn't even guaranteed half of his total earnings. The contract was worth $200 million. Trout's deal is worth $430 million, regardless of how he performs on the field. After massive paydays from bouts with Canelo Alvarez and Manny Pacquiao, Mayweather upped his total deal earnings to $450 million.

The Showtime contract proved to be a large chunk of Mayweather's career earnings. The boxer is one of just three professional athletes to make at least $1 billion in on-field earnings. Michael Jordan and Tiger Woods are the others. Trout, meanwhile, has a ways to go to earn a billion dollars. This latest deal will push his career earnings to an estimated $515 million.

It turns out "Money" Mayweather is a rather appropriate nickname, after all.