Michigan State is in the middle of a fantastic season. The Spartans won their first eight games and are currently sitting at seventh in the College Football Playoff rankings with a 9-1 record. It's a marked turnaround from last year's shortened season due to the COVID-19 pandemic, when the Spartans only won two games en route to a disappointing finish.

With this season of success, the university is about to reward head coach Mel Tucker in a major way.

The university is finalizing a ten-year deal with Tucker, per the Detroit Free Press. The price tag? 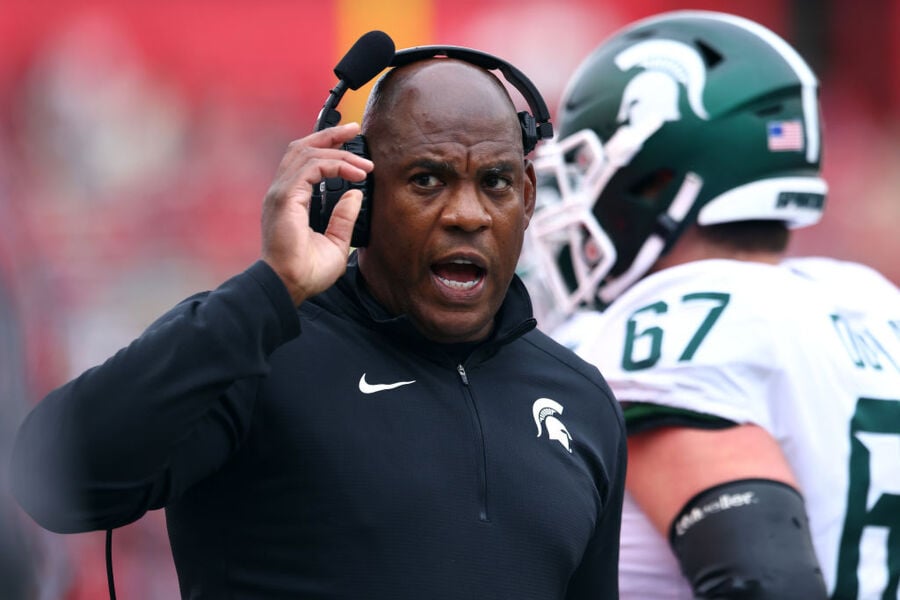 The salary pool for Tucker's assistant coaches is $6 million. It's possible that the pool would increase with the new contract, though that decision hasn't yet been made.

After LSU decided to part ways with Ed Orgeron when this season ends, Tucker's name quickly popped up as a potential replacement. Those rumors have added extra incentive for Michigan State to sign Tucker to a long-term deal.

Tucker was making $5.56 million in total compensation this season, putting him 13th among all coaches naturally and fourth in the Big Ten in terms of earnings. After former Michigan State head coach Mark Dantonio suddenly retired in February 2020, the Spartans hired Tucker away from the Colorado Buffaloes. Tucker was making $2.4 million in Colorado when the Spartans offered a six-year deal.

This new deal would likely override the remaining four years on Tucker's current contract, but would nearly double the salary he makes each season.

For now, though, he's focused on getting the Spartans to the College Football Playoff, where a potential national championship awaits.