The last few years have not been great ones for the Michigan Wolverines. The once proud football team had fallen from grace, and there appeared to be no end in sight to their woes without a major change – so they made one (or two). Out with the old and in with the new. Brady Hoke out; Jim Harbaugh in.

The coaching change alone has given the school a much needed boost in the eyes of fans and public opinion. Recruiting is on the rise. Ticket sales are on the rise. Public perception of the program is on the rise, but what else could the school do to make it even better?

Say goodbye to Adidas and hello to Nike. 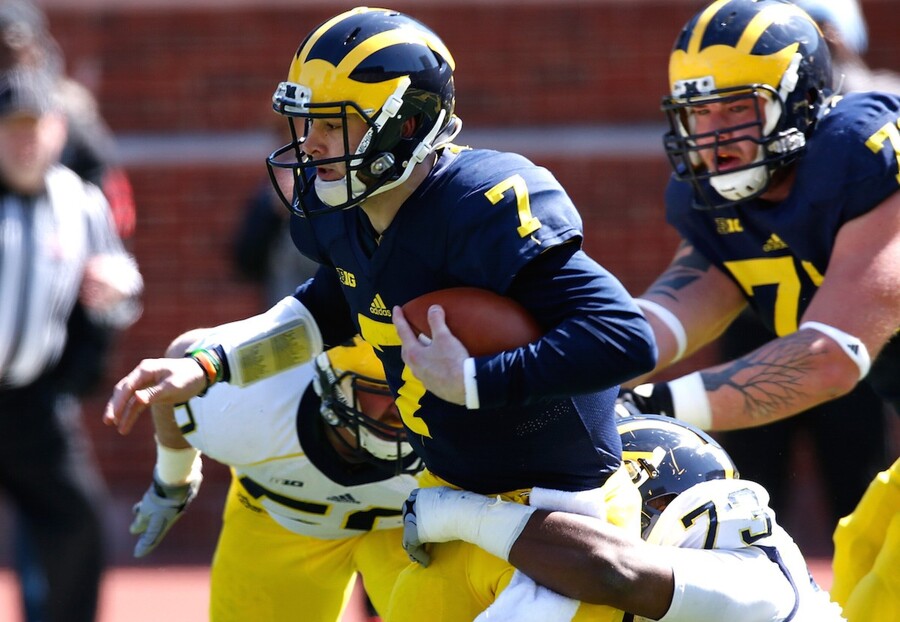 Michigan has signed a new apparel contract, covering all sports, with Nike worth a record $169 million and continuing through 2027. Over that time frame, the school will receive $80.2 million in apparel along with $76.8 million in cash. They will get a signing bonus of $12 million and then from $10.1-10.9 million a season throughout the duration of the contract.

The deal is easily the richest apparel contract in college sports. The Texas Longhorns come in a distant second (among public schools) with a contract worth $5.56-5.76 million a season.

"After careful consideration, the right partner for the University of Michigan was Nike," AD Jim Hackett said. "This decision, this partnership is about more than Michigan athletics; at the core, it is about our University community and it is about two great names reuniting for an opportunity that speaks to more than uniforms and apparel."

The Adidas contract expires in July 2016 with Nike's coming into power in August.

What's most interesting about the deal, however, is not the amount Nike was willing to dish out in order to sign Michigan. Hackett had said that the deal would not be all about the money, and it wasn't. Nike was actually the lowest of the bids (with Adidas and Under Armour the other two).

Michigan will have the option to extend the deal for four additional years beyond 2027, but has to tell Nike a year in advance. If it declines the option the value of the deal drops down to $122.3 million.

So… what does this mean for the fans? Come fall there will be all new apparel to buy and come basketball season the team will not be wearing those horrible zubaz uniforms ever again.