As arguably the greatest basketball player of all time, it should come as no surprise that former Chicago Bulls legend and current Charlotte Hornets owner Michael Jordan is worth a ton of money. He was paid well during his playing days, and he has been a rather smart business man since he stepped off of the court. Between his basketball earnings, endorsements, and business endeavors he has amassed a net worth of $1 billion – but what is his name worth?

The value of Michael Jordan's name is something that has come up in a recent court case involving a super market's unapproved ad campaign. Dominick's Finer Foods, a now defunct Illinois based grocery store chain, was trying to congratulate Jordan for his induction into the Hall of Fame with an ad in Sports illustrated back in 2009. That in itself might have been okay, but the problem arose with the steak dinner coupon at the bottom.

"It compares Michael to a piece of steak," Estee Portnoy, a marketing executive hired by Jordan, testified.

With the chain no longer in business you would think the suit would just go away, but Jordan's lawyers need to make a point.

"What's Mr. Jordan's most valuable asset?" asked Jordan's attorney, Frederick Sperling, during opening statements, per Tarm. "It's the use of his identity."

Through the case, it is becoming apparent just how valuable his name is, and that Jordan does not want it attached to just any old product. According to his lawyers, Jordan turned down an $80 million endorsement deal from a headphone company.

Another company paid $10.6 million to use his name in a marketing campaign for a cologne, without ever requiring him to make an appearance or even officially endorse the product.

According to information his lawyers have presented at trial, from 2002 to 2012, Jordan made $480 million from Nike. If projections for the coming year are any indication, it has been money well spent. Jordan brand shoes and attire are expected to generate as much as $2.5 billion for Nike this year (eight percent of global sales for the shoe giant). An all Jordan store is expected to open in Chicago soon. 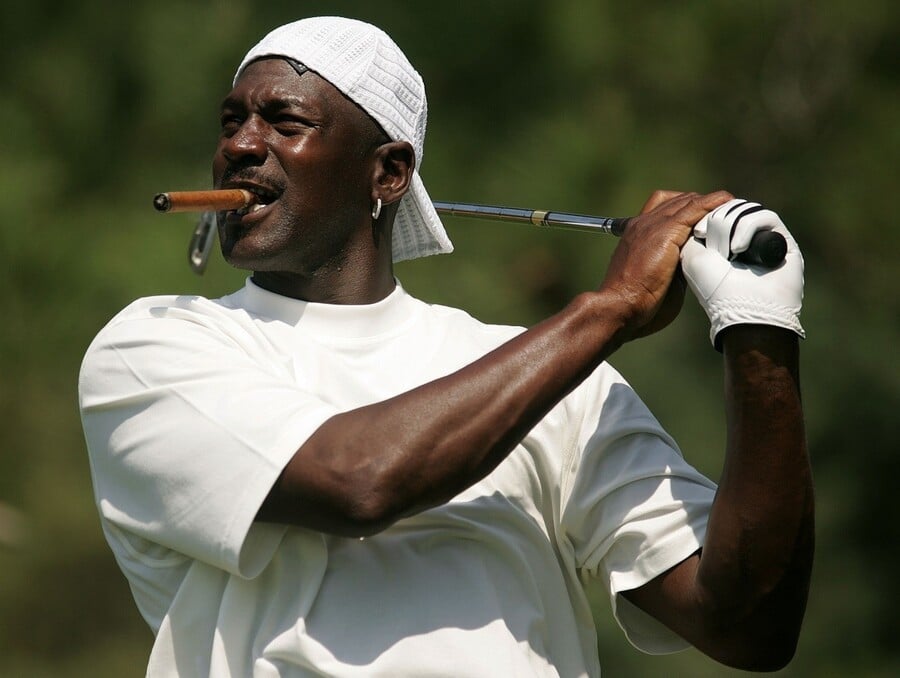 Nike actually included a clause in Jordan's initial five-year, $2.5 million contract that would have allowed them to get out early. If Jordan didn't become rookie of the year, average 20 points a game, or sell $4 million in shoes within the first three years they could bow out of the final two years of the contract.

Even before his name was made, it was worth a lot. His advisors say that his name is worth at least $10 million for each commercial use, and that he will not take a deal for less than $10 million.

If the judge agrees, then the defunct company being sued is going to wish it was still in business, just so it could go out of business.