Michael Jordan Is Selling A Large Portion Of The Charlotte Hornets

Michael Jordan will forever be considered one of the greatest basketball players ever. Between six titles, five MVP awards, 14 All-Star appearances and 10 All-NBA First Team recognitions, he's one of the most decorated athletes to ever step on a court. Just about everyone, at one time or another, has wanted to be like Mike.

And now, count the newest owners of the Charlotte Hornets as part of that group.

Jordan announced he's selling a large portion of the team he's had majority control of since 2010. The buyers include Gabe Plotkin, one of the founders of Melvin Capital, and Daniel Sundheim, one of the DI Capital founders. The sales must be approved by the league, but the belief around the NBA is that they're expected to close within the next few weeks.

It's unknown how much of the team Jordan is parting with, or what the sale price is. The only certainties are that Jordan will remain the majority owner, and that he's going to earn a huge profit.

Jordan spent $180 million to snag majority ownership of the Hornets – then the Bobcats – in 2010. He rebranded the team back to its original name of the Hornets in 2014. 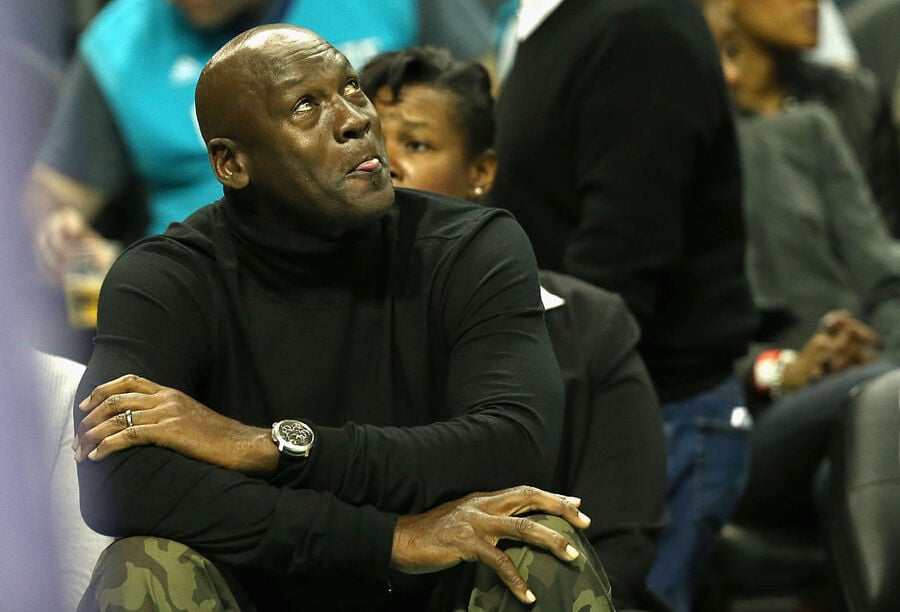 Prior to this sale, Jordan owned 97 percent of the franchise. According to Forbes, the Hornets are the 28th most valuable franchise in the league – almost at the bottom – and are still worth more than $1.3 billion.

Per a source close to the deal, Jordan is interested in bringing on buyers with strong technological backgrounds. He wants to take advantage of tech advances within the league. Though Plotkin and Sundheim are first-time sports owners, they've each raised more than $3 billion for their respective funds.

Meanwhile, Jordan is the only NBA owner that's also a former player. He can empathize with his fellow owners while also putting himself in players' shoes. Because of that unique position, Jordan often serves as a bridge between owners and players.

He'll still own the majority of the Hornets, but it will be interesting to see how this move affects the team moving forward, if at all.

One difference we probably won't see: the Hornets will remain under the luxury tax. Jordan has never paid the tax, which teams incur when they go over the salary cap to sign players. As a result, the Hornets can sometimes struggle to keep players, most notably Kemba Walker this summer. Walker signed a four-year deal with the Boston Celtics instead.

We'll eventually learn the financial details of the Hornets sale. For now, it seems like a huge wealth boost for Jordan – and that's a slam dunk.