Michael Jordan Once Racked Up An Absurd Golf Debt… How Much Did He Owe?

Back in June 1993, Michael Jordan was going for his third championship with the Chicago Bulls, looking to put a bow on the first of two three-peats he would have over his career. He was en route to his third straight Finals MVP award.

Yet, during halftime of Game 1 of the NBA Finals, Jordan found himself defending his actions to NBC reporter Ahmad Rashad. Jordan had received some criticism for a late night of gambling in Atlantic City during a playoff series with the New York Knicks. NBC was airing an interview in which Jordan was responding to a self-help book that had recently been released, Michael & Me: Our Gambling Addiction… My Cry For Help!

The book, written by a San Diego sports executive named Richard Esquinas, details Jordan's forays into gambling. It's no surprise, based on his competitive nature on the court that Jordan sought competition off of it, as well. Perhaps the most interesting story is a tale of Jordan allegedly owing $1.2 million in golf debts over a ten-day stretch while in San Diego. He allegedly was able to play his way down to about $908,000, negotiated that debt to $300,000 and eventually paid off $200,000.

Jordan's various tales of big spending are hardly new, but it's still pretty shocking to see some of the money he'd drop so casually. For his part, Jordan didn't deny that he owed $300,000 to Esquinas or negotiated it down to $200,000. However, he did seem to scoff at the $1.2 million. 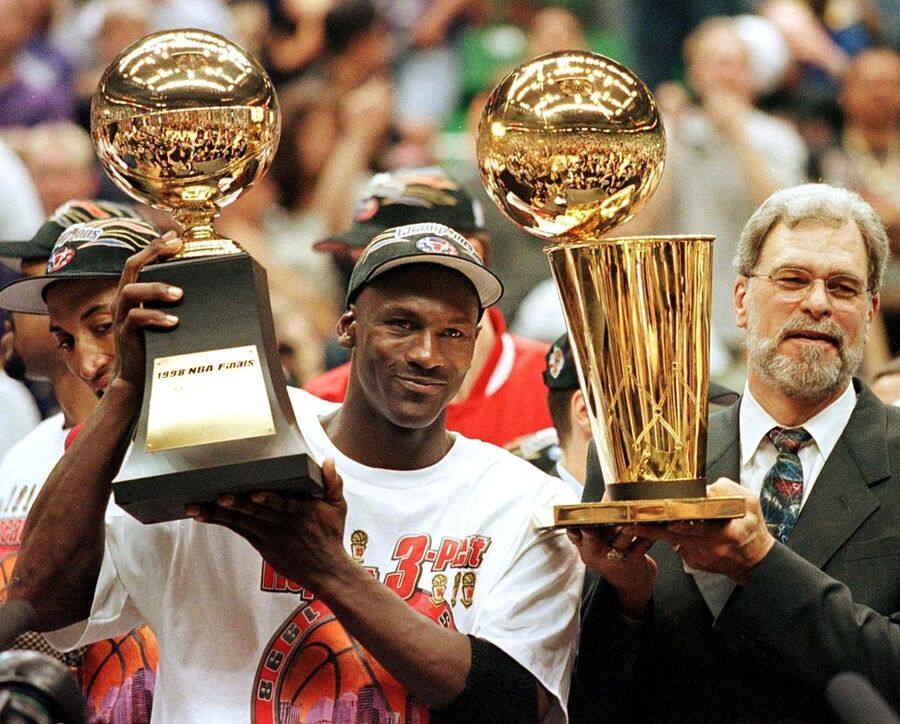 "If I had a problem, I'd be starving, I'd be hocking this watch, my championship rings, I would sell my house," Jordan told Rashad during the 1993 Finals interview. "My wife would have left me, my kids would be starving. I do not have a problem. I enjoy gambling."

The rumors are plentiful: Jordan would bet with just about anyone who would take the challenge. He played cards and golf with friends and teammates, and even allegedly bet on which actresses he would hook up with on trips to Los Angeles. He's rumored to have collected on at least one of those bets.

For how pure Jordan's game was on the court, some people will certainly judge him for his off-court behavior, his gambling a meaty part of that behavior. Though he never bet on the NBA itself, some fans expressed harsh judgment towards his gambling. And if conspiracy theorists are to be believed, gambling is a major reason for Jordan's first retirement in 1993.

We may never find out if that's actually the case, and we probably won't ever know all of Jordan's gambling winnings and debts. But for a man who was so locked in, so dominating on the court, is it really much of a surprise that he applied that mindset to the rest of his life, too?