Michael Jordan has earned a lot of titles during his lifetime. He was a two-time All-American then an NCAA champion. He was NBA Rookie of the Year in his debut NBA season. He won six NBA Championships. During those championships, he also won six NBA Finals MVP awards. He was the overall NBA MVP five times. He was a 10-time scoring champion. He was even given the Presidential Medal of Freedom.

Michael also has a few financial milestone notches on his belt. Michael was the first athlete in sports history to break the $30 million per year salary barrier, accomplishing that feat ahead of the 1996-1997 season. The following season he earned $33.14 million, which after adjusting for inflation, is worth the same as earning $53 million today.

He has consistently earned more money from endorsements than any athlete on the planet, thanks to endorsement deals dating back to the mid 1980s, starting notably with Gatorade and Nike. Michael earned "just" $93 million in NBA salary, but as of this writing, he has earned $1.4 billion from endorsements (before taxes). Thanks to a trademark lawsuit a few years back, we know that Michael earned $500 million from Nike alone in the decade between 2002 and 2012.

A lot of people assume that Michael Jordan is today, and has always been, the richest athlete in the world. Believe it or not, that is false. "Richest athlete on the planet" is one title MJ had not possessed… until now!!! 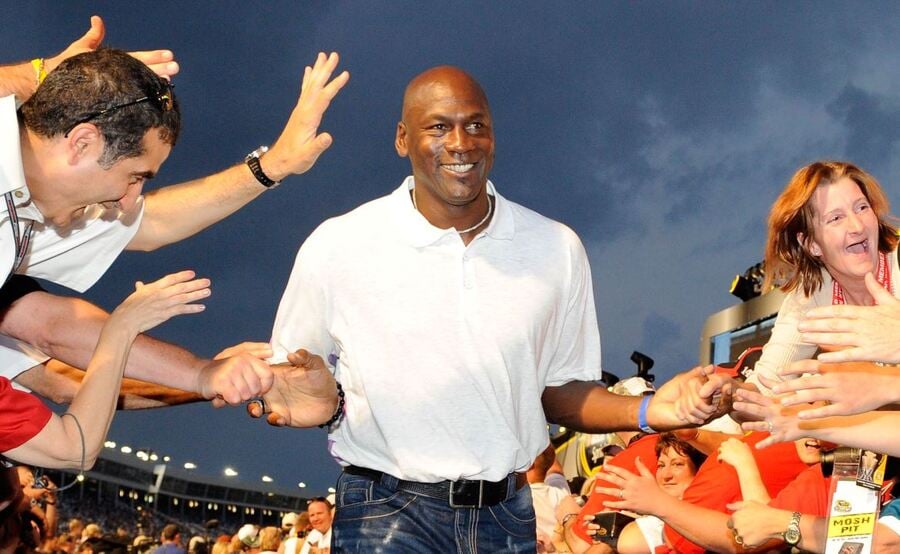 We have been tracking Michael Jordan's net worth here on CNW since 2009 when he first clocked in with a half billion dollar fortune.

He first became a billionaire in 2014. So how was he not the richest athlete on the planet at that point?

Unfortunately, over the years Michael has faced some stiff competition from a former Romanian tennis player whose name you may not even recognize. You certainly wouldn't recognize him on the street (unless you were a HUGE tennis fan in the late 1960s and 1970s).

That man's name is Ion Tiriac.

After retiring from the sport, he was a highly-sought-after pro coach. He would go on to coach for Ilie Năstase, Mary Joe Fernández, Guillermo Vilas, Marat Safin, Steffi Graf, Goran Ivanišević, and, most importantly, Boris Becker.

Ion presided over Boris Becker's rise to the world #1 ranking. He coached the German-born Becker from the mid 1980s to 1993. That time frame would prove to be a very interesting time in world history, especially for someone with strong eastern and western ties like Ion.

In 1990, he used his own money to found the first privately owned bank in Romania. He named the bank after himself, Banca Tiriac. He then went on to launch retail businesses, auto dealerships, an airline and an insurance company. Today the Tiriac empire includes a large residential and commercial real estate portfolio. He manages everything through a series of companies including Tiriac Holdings, TiriacAIR, HVB Tiriac Bank, Allianz-Tiriac Asigurari Romania, TiriacAuto, Tiriac Leasing, and Tir Travel. 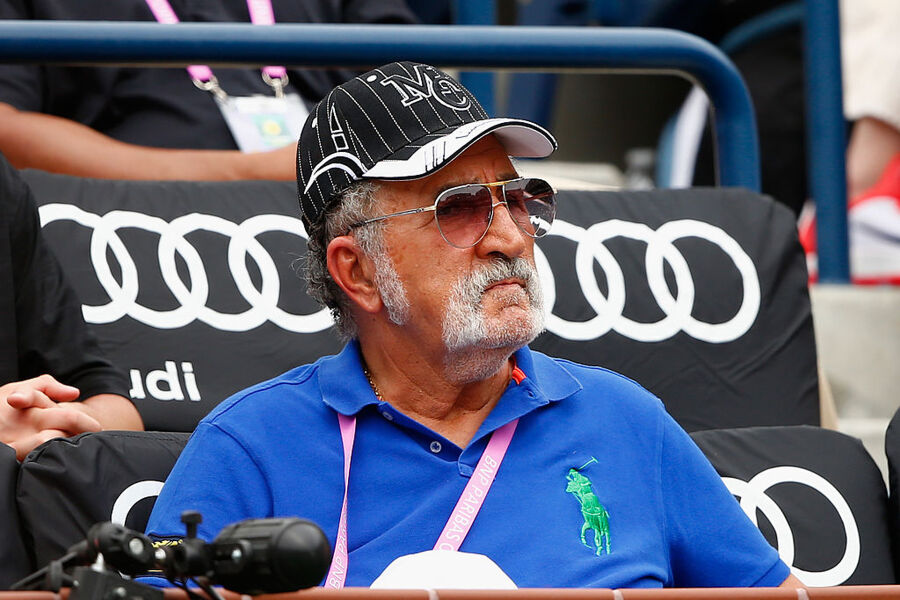 Keep in mind that at this point, roughly 2007, Michael Jordan's net worth was less than $500 million. Jordan's personal fortune wouldn't top $1 billion until June 2014, at which point Ion was worth $1.5 billion.

Over the last six years, MJ's fortunes have soared, thanks largely to his investment in the Charlotte Hornets. He first invested in the Hornets back in 2006, when the team was called the Bobcats. In 2010 he paid $175 million to buy out the team's largest investor, BET founder Robert Johnson. By 2014 the team's value had increased to around $500 million. Within a year the team was worth $600 million. In 2019 Michael sold a small piece of his stake to a group of hedge fund managers at a valuation of $1.5 billion.

Unfortunately, for Michael, during that entire period, Ion Tiriac's $2 billion net worth was always just out of reach.

Unfortunately for Ion, the back half of 2019 and first half of 2020 have not been so kind to his fortunes. The recent global economic turmoil caps a tough year for any empire built on finance, real estate, hotels and travel. As of this writing, we estimate that Ion Tiriac's net worth stands at $1.2 billion.

As of April 2020, Michael Jordan's net worth is $2.2 billion. Even if our $1.2 billion estimate for Ion Tiriac is off by $200 – $300 million, Michael is finally far and away the richest athlete in the world for the first time in his life.

Congrats to MJ on yet another impressive career accomplishment!