Michael Jordan is the best player ever to play NBA basketball; he has an outrageously successful shoe and clothing brand; he's the owner of the Charlotte Bobcats; he's a father and a husband; and suddenly he has taken the first step toward being an activist for social change.

Jordan, whose own father was murdered on the side of the highway back in 1993 in North Carolina, has always been all business in the public eye. He's always been willing and ready to talk basketball, but when it comes to social and political issues, he has rarely tipped his hand.

On July 25th Jordan joined the deluge of athletes who are speaking out about the recent violence between police and African-Americans in the United States and the need for positive social reform. Leading the pack in the NBA has been Knicks forward Carmelo Anthony among a slew of others, and several WNBA players were nearly fined for wearing Black Lives Matter shirts during warm-ups.

Jordan said in a statement on The Undefeated Monday morning, "As a proud American, a father who lost his own dad in a senseless act of violence, and a black man, I have been deeply troubled by the deaths of African-Americans at the hands of law enforcement and angered by the cowardly and hateful targeting and killing of police officers. I grieve with the families who have lost loved ones, as I know their pain all too well." 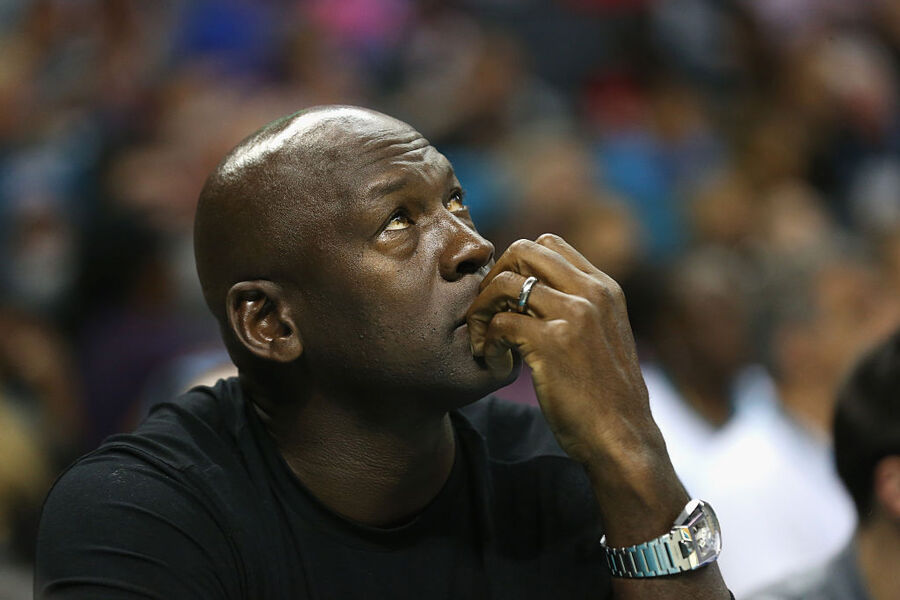 He went on to say, "Over the past three decades I have seen up close the dedication of the law enforcement officers who protect me and my family. I have the greatest respect for their sacrifice and service. I also recognize that for many people of color their experiences with law enforcement have been different than mine. I have decided to speak out in the hope that we can come together as Americans, and through peaceful dialogue and education, achieve constructive change."

In addition to ending his silence, he has also pledged to give $1 million each to the Institute for Community-Police Relations and the NAACP Legal Defense Fund in hopes of helping each of those organizations promote safety, community, and justice.

Upon hearing of Jordan's financial generosity, Sherrilyn Ifill, president and director-counsel of the LDF, issued this statement:

"I am so pleased and honored that Michael Jordan will be making this donation to LDF in support of our policing reform efforts. It is an act of true leadership that Mr. Jordan has chosen to use his stature to highlight the importance of this issue to all Americans and by taking a personal stance in support of organizations directly engaged in addressing this crisis in our nation. We are grateful for this support, which will allow us to deepen our engagement on the issue of policing reform at this critical time in our country."

When Carmelo Anthony heard what Jordan was saying and doing, he said it was "about time" that Jordan spoke out to bring more awareness to this cause.

As MJ said in the closing remarks of his statement, "The problems we face didn't happen overnight and they won't be solved tomorrow," but the combination of multiple seven-figure donations and the publicity that one of the most famous people in the world brings to the issue will surely help.

It's never been a better time to try to be like Mike.