Despite a poor regular season, the Miami Marlins still made plenty of headlines throughout the year. An ownership group that included Derek Jeter and Bruce Sherman bought the team from Jeffrey Loria for $1.2 billion.

And now, they're making headlines for another reason: They're trying to trade perhaps the biggest star the franchise has ever known.

Giancarlo Stanton hit 59 home runs this year and is well-known among the Miami community, but a trade makes sense. The team hasn't made the playoffs in 14 years and Stanton has a $325 million contract.

Instead of continuing to pay a star player on a fledgling team, the Marlins will instead attempt to slash payroll. The team hopes to shed $46 million this offseason to get their payroll down to $90 million. 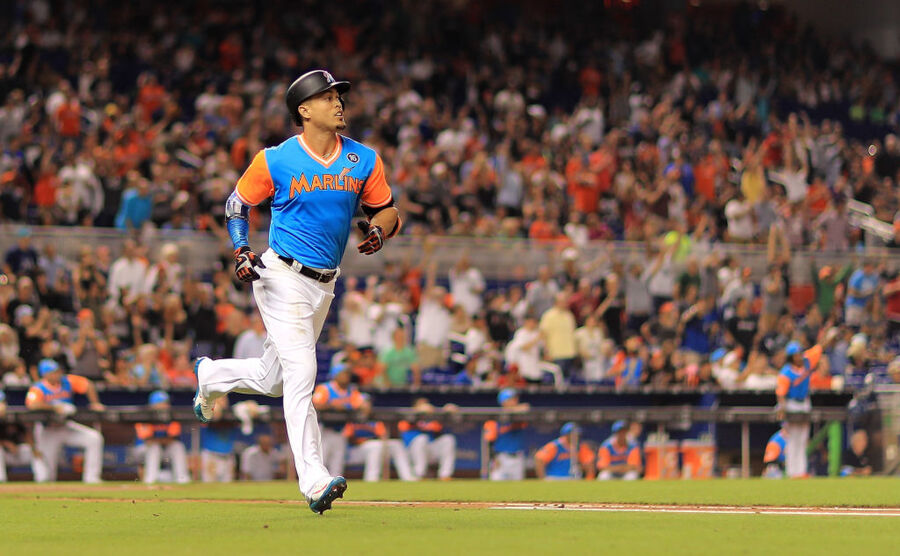 Stanton is just 27 years old and has already made four All-Star teams, with a 35.1 Wins Above Replacement mark throughout his career. He'll certainly be a hot commodity in trade talks. The hardest part might be finding a team to take on Stanton's contract.

It's a backloaded deal, so the right fielder is still eligible to earn $310 million between 2018 and 2028, when the contract ends. Stanton can opt out of the deal after the 2020 season.

The Marlins could wait until then, but it's a risky move. If Stanton decides he wants to stick around and Miami is still consistently missing the playoffs, the team would be no better off than it is now and would have spent three years spinning its wheels.

And Stanton doesn't want to stick around in a losing situation, either. So a trade seems almost inevitable. Despite the hefty price tag, the Cardinals, Phillies, Giants, Dodgers, and Red Sox all have expressed interest in a trade.

Expect the Marlins to practically clean house. Everyone is on the table except for young stars Christian Yelich and Marcell Ozuna.

Miami's moves may not help the team return to the playoffs next season, but they hope they can at least plant the seeds of success. For Stanton, he can take his record contract to a team that's a little bit closer to a championship.