The Miami Marlins are among the more curious franchises in baseball. After winning the World Series in 1997 and 2003, the team blew up its roster and has made a handful of questionable decisions since. That includes building a behemoth of a baseball stadium despite minimal fan interest and trading away seemingly all of its players this year in an effort to purge salary.

So perhaps it isn't a surprise that in order to avoid appearing in Miami court, the team is claiming it's based in the British Virgin Islands.

Lawyers told a federal judge that at least one corporation that owns part of Marlins Teamco is based in the Caribbean. Miami Teamco is the company Derek Jeter and majority owner Bruce Sherman formed last year to buy the franchise. The team is currently in a lawsuit with Miami and Miami-Dade County to recover part of the profits from the $1.2 billion sale of the team last fall by former owner Jeffrey Loria.

The Marlins are aiming to have a judge trigger an arbitration clause in the contract Miami and Miami-Dade signed with Loria in 2009. That contract shuffled public money into the stadium complex that opened in 2012. 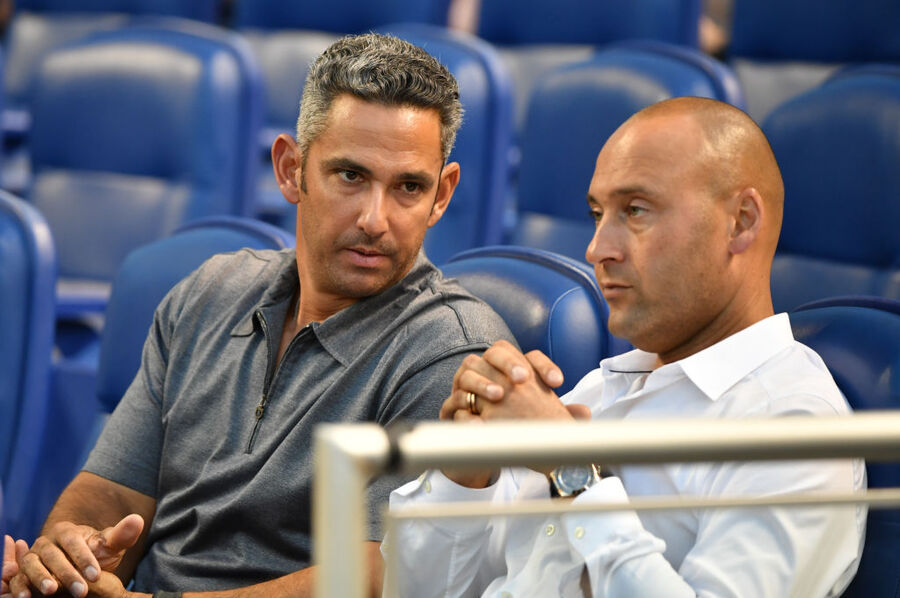 If the Marlins are successful, a federal judge could take over the case, which is being handled by a Miami-Dade judge who has already rejected the arbitration in a preliminary ruling.

Miami-Dade owns the stadium while Miami owns the Marlins' parking garages. The two are entitled to a share of profits from the selling of the team. However, Loria's lawyers say the formula for calculating those profits resulted in a loss of $140 million.

Lawyers for Jeter say this battle is between the two governments and Loria, though Miami-Dade filed suit against both a Loria entity and the new Marlins in February. Miami joined the suit soon afterward. Loria agreed to put $50 million of sale proceeds in an escrow account for these kinds of instances – whether that's enough remains to be seen.

Don't expect Marlins players to have to go through customs anytime they play home games, but do grab some popcorn and settle in. This is going to be one fantastic trip to the ballpark.