By Daniel Lipson on December 8, 2016 in Articles › Sports News

After the loss to the Giants in the wild card game, Cuban slugger Yoenis Cespedes walked out of the game with the knowledge that he would opt out of his contract with the Mets, leaving the team and his fans in the dark about his next move. He knew that the fans were rooting for him to come back. He wanted to as well, but the Mets needed to come up with a good offer first.

They certainly have. The Mets made a four-year-long $110 million dollar deal official at a press conference at their home of Citi Field, and Cespedes made it clear that it was where he wanted to be. He plans to finish his career with the Mets. He will earn an average annual pocket of $27.5 million, which is the highest given to an outfielder in baseball history, and highest value given to a free agent by the Mets. He's currently the second highest AAV of any position player, behind the Tigers' Miguel Cabrera.

This deal is a relief for everyone after last year's uneasy negotiations, where the Mets did not publicly admit any interest in resigning Cespedes. The key for Cespedes this time around was the length of the contract, respect for his ability, and a no-trade clause. 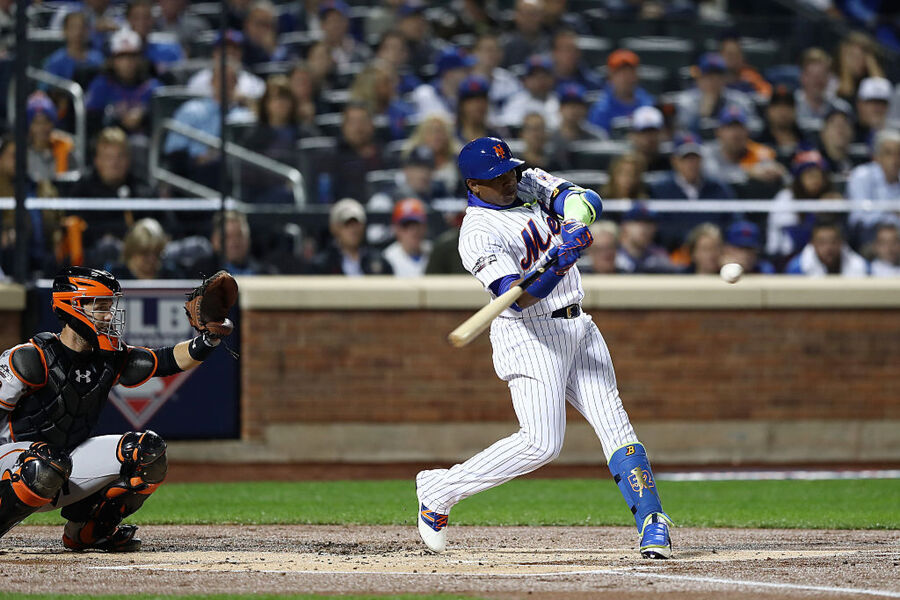 This marks the third time Mets General Manager Sandy Alderson has "acquired" in the last 17 months. He's happy to see him return for good. Cespedes had a great year in 2016 with 31 home runs and a proven win ratio whenever he's on the field. The Mets expect 2017 to be their year, with a full rotation of young pitchers available to play before they start losing them to free agency. They need Cespedes' bat to help power their offense.

Alderson will have to move out one of his other outfielders to keep Cespedes on the plate. The most likely trade would be Jay Bruce, who has a $13 million option, or Curtis Granderson, who is due $15 million for the final year of a four-year contract. They will have to weigh their options next week. Wednesday was a happy reunion for Alderson, the Mets, Cespedes, and all the fans.