Melvin Gordon's holdout was one of the bigger stories of the NFL offseason. After the Los Angeles Chargers went 12-4 and reached the AFC Divisional round of the playoffs, they looked poised for another big year. But Gordon, looking for a bigger contract, didn't report to camp or any offseason workouts. Were we looking at another Le'veon Bell situation, with Gordon possibly sitting out all season?

After three games, we have our answer: no. Gordon announced he's returning to the Chargers, saying that the team's start served as motivation.

The Chargers are a disappointing 1-2, and Gordon wants to return while the team still has a chance to rebound and make the playoffs. It's a shrewd move on his part. If the Chargers bounce back and do reach the postseason, he can point to his production as a part of it. However, if the Chargers continue to struggle, some of that blame may go to Gordon.

How that situation shakes out remains to be seen. However, we do know how much money Gordon can potentially lose: $2.771 million. 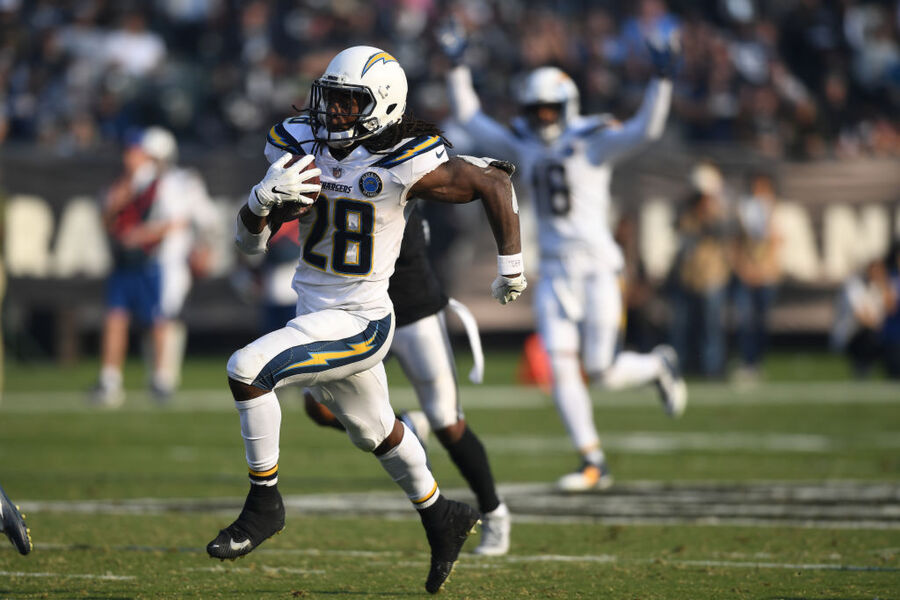 That sum is largely dependent on if the Chargers decide to uphold all the fines Gordon has incurred. In the regular season alone, he's missed out on $989,100 – three game checks worth $329,700 apiece.

Players also receive a $2,000 per diem from the first day of training camp up until a week before the first regular-season game. Gordon missed all 37 of those days, forfeiting another $74,000. That brings his total income lost to $1.063 million.

That's already a good chunk of change, but if the Chargers want to wring him dry, they can. Gordon is on the fifth-year option that many rookies receive, so he's liable to lose $30,000 for every missed day of camp. On top of that, he'd lose a full game check for each preseason game he missed, too. At $329,700 over four games, that adds up quickly.

All told, Gordon is looking at $1.708 million in potential fines. The irony is that he likely wouldn't have even played in most of the preseason action. Yet because of his decision, he could be penalized for it.

Is losing out on nearly $2.8 million worth it? Only Gordon can answer that question, and he likely won't know until this summer. He previously turned down $10 million per year, but we don't know all the particulars of his deal. Especially for running backs, getting guaranteed money is huge. If the proposed deal featured minimal guarantees, Gordon is smart to look for a better-structured deal.

For now, both parties are happy to have Gordon back on the field. Now's his chance to really show his team what he's worth.