If there was one word that many associated with the Floyd Mayweather/Conor McGregor bout it was "record." The fight, which took place on Aug 26, was expected to break every record imaginable in terms of money generated for a boxing match. But after examining the key financial numbers of the fight, it appears to have fallen well short of the record, at least in one category.

According to a report from Jed I. Goodman on Twitter, the boxing match between Floyd Mayweather and Conor McGregor made a total of $55,414,865.79 in ticket sales at T-Mobile arena. MMA Fighting confirmed the numbers with the Nevada Athletic Commission earlier this week. That figure fell well below the record gate number that the 2015 match between Mayweather and Manny Pacquiao produced; $72,198, 500 at the MGM Grand Garden Arena in Las Vegas.

The fight between Mayweather and McGregor also fell short in the category of actual tickets sold. Last month's fight sold 13,094 tickets, in addition to 137 complimentary tickets. That number is well short of the amount of tickets sold in 2015's Mayweather/Pacquiao fight; 16,219. 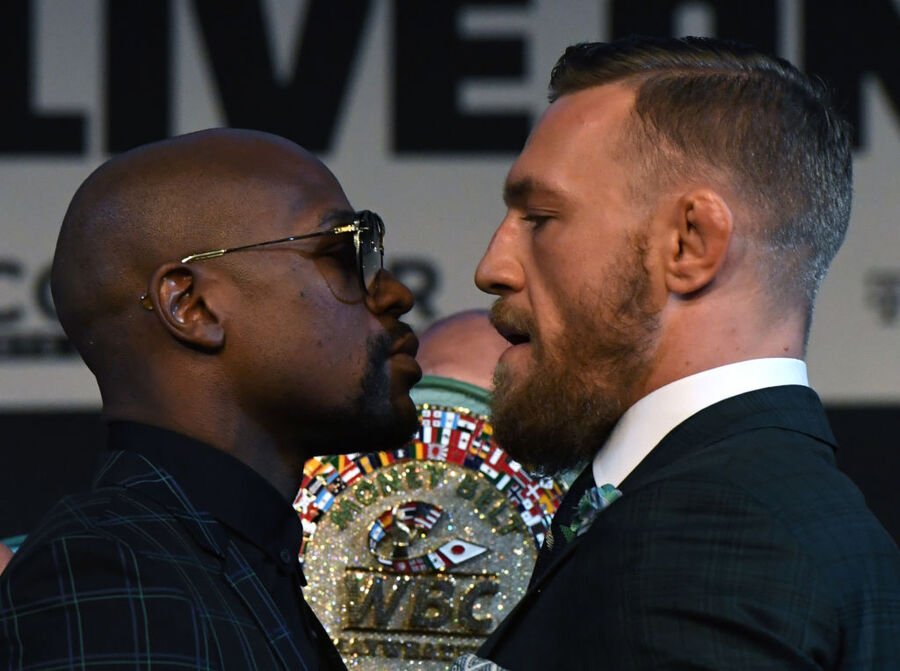 The fight's promoters heavily marketed the fight as one that would be record breaking, and Dana White even said prior to the fight that the gate was at $70 million. But now that the numbers are in, it is clear that the numbers fell well short of that amount.

While the gate numbers fell short of the record, another important metric has yet to come in; pay-per-view sales. The record, 4.6 million buys for the Mayweather/Pacquiao fight, could be broken by Mayweather/McGregor. According to Showtime Sports executive Stephen Espinoza, the latest Mayweather fight will likely break the record.

"We are now sort of mid-4 million," said Espinoza. "If we see the kind of growth that we typically see, then we'll break the record. I don't want to assume we get the typical growth, because this is not a typical event. There are many different ways in which this event behaved differently. But we have a very good shot at breaking the record."