Mayweather And McGregor Are One Step Closer To Fighting

For the MMA and boxing fans of the the world who are holding their breath, it's looking more and more like the long-fantasized matchup between boxing legend Floyd Mayweather and UFC phenom Conor McGregor might actually take place. The two have been going back and forth for months, teasing a possible fight for the ages, and it appears that both fighters are on board.

Days ago on a Showtime broadcast, Mayweather noted that he thinks the fight between himself and the Irishman would be by far the biggest of the year, even with the upcoming Pacquiao-Khan and Joshua-Klitschko matchups. The undefeated boxing legend had the following to say:

"Conor McGregor, I'm here, let's make it happen. There's only one fight out there that's important and that's Mayweather and McGregor… let's make the fight happen."

Since his retirement from boxing, Mayweather has become a professional promoter, running his own promotion company, Mayweather Promotions. It seems he's pretty sure this fight will become a reality, because he's already promoting the matchup by beginning to build up the skill of his opponent. 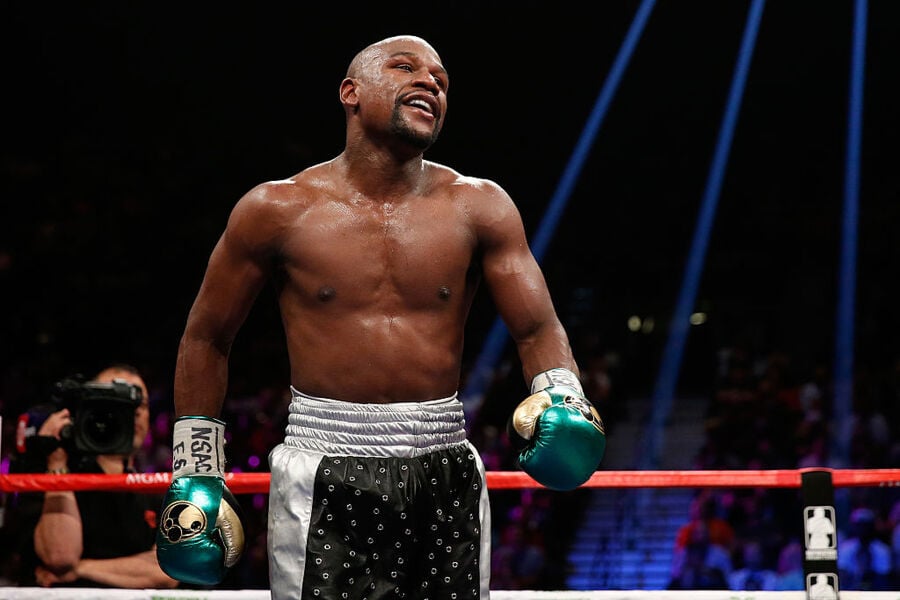 "Every time Conor McGregor goes out there and wins, he'll do it standing. When Conor McGregor did lose, he lost on the ground." Mayweather said this alluding to McGregor's loss to Nate Diaz by rear naked choke in UFC 196.  The boxer continued, "He's a hell of a fighter, a very tough competitor and he has the will to win. He's also got power."

Mayweather went on to emphasize the point that he's ready to talk, repeating the fact that McGregor needs to gain clearance from the UFC and Dana White prior to talking concrete details about the fight. "Once Conor McGregor speaks with the UFC and his bosses, we can make it happen," he said. "We already know that Floyd Mayweather is his own boss [but] we've also got Showtime and Mayweather Promotions."

It's interesting that Mayweather is under the impression that McGregor still needs to gain White's permission to fight, since White is the one who has already offered to put up $25 million for each fighter just to get them in the ring. It seems to me that at this point, it's between the two fighters.

The fight could definitely happen, but it's yet to be seen if the fighters will actually ever agree to the terms.