Mattress Mack Is One Astros Win Away From $75 Million

Last month we highlighted Jim "Mattress Mack" McIngvale's largest bet yet. Well, technically it's more of a series of seven-figure bets, but we don't need to get caught in all of the semantics. The bottom line is that Mattress Mack is one win away from cashing out on a $75 million prize.

Mack placed multiple bets on the Houston Astros to win the 2022 World Series against the Philadelphia Phillies. And now, the Astros are one win away from giving him a huge windfall.

It's been a wild road to get here. The Astros looked like they were well on their way to cruising to a Game 1 victory, jumping out to a 5-0 lead behind pitcher Justin Verlander. But the Phillies rallied to score the game's final six runs and won 6-5 in extra innings. The Astros comfortably won Game 2 and then got shut out in Game 3, giving up five home runs during a 7-0 loss, which ties a World Series record. 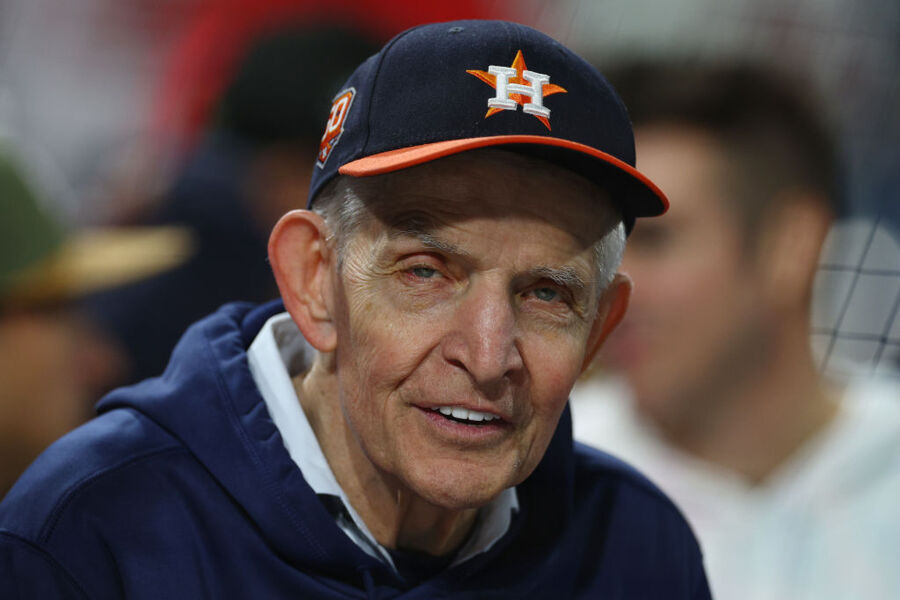 Facing a 2-1 series deficit, the Astros turned to their deep bullpen. Game 4 saw four Astros pitchers combine for a no-hitter, just the second time that's ever happened during the World Series. And Game 5 was a tight contest throughout — and required a bit of luck.

The Astros put Trey Mancini — who had been 0-for-18 at the plate throughout the playoffs — at first base. Mancini was only in the game because starting first baseman Yuri Gurriel got injured the previous inning. Mancini caught a shot from Kyle Schwarber, saving at least the tying run, if not the go-ahead one. Houston also got a warning track leaping catch from Chas McCormick in the bottom of the ninth to preserve the victory and move the Astros (and McIngvale) one win away from glory.

Mattress Mack, the owner of Houston-based Gallery Furniture, uses these massive bets as a way to promote his furniture stores. This year, if fans purchased at least $3,000 worth of certain sleeper sets or power motion furniture, they get what they bought for free if the Astros win the title. Shoppers who purchased their furniture before the ALCS could potentially get double their money back should the Astros win the World Series. It pays to be early!

With the Astros' recent string of deep postseason runs, Mattress Mack has had some big wins as well as some significant losses. In 2017, the Astros won the World Series, and McIngvale refunded $10 million worth of furniture. He also bet on the Astros during the World Series in 2019 and 2021, losing about $16.5 million between the two defeats.

He's not getting too confident — after all, the Astros found themselves with a 3-2 lead in 2019 and ended up losing the final two games at home. But if Houston can pull it off this year, Mack might need to send some furniture to Mancini and McCormick as a gesture of gratitude.