Mattress Mack is at it again! Jim McIngvale, the owner of the Houston-based Gallery Furniture chain, has made headlines over the years by betting millions on sports teams. He'll often bet on major events like the Super Bowl or College Football Playoff no matter who's in them, but he always puts money on his local Houston teams.

Luckily, Mack has had plenty of opportunities to do that with the Houston Astros, who just reached their fourth World Series in six seasons. The Astros swept the New York Yankees and will face the Philadelphia Phillies, who beat the San Diego Padres to make their first World Series since 2009.

The Astros haven't yet lost this postseason. And if they win four more games, Mattress Mack will make $75 million, thanks to several seven-figured bets he's placed. The Action Network reports those earnings would be the largest recorded win in legal sports betting history. 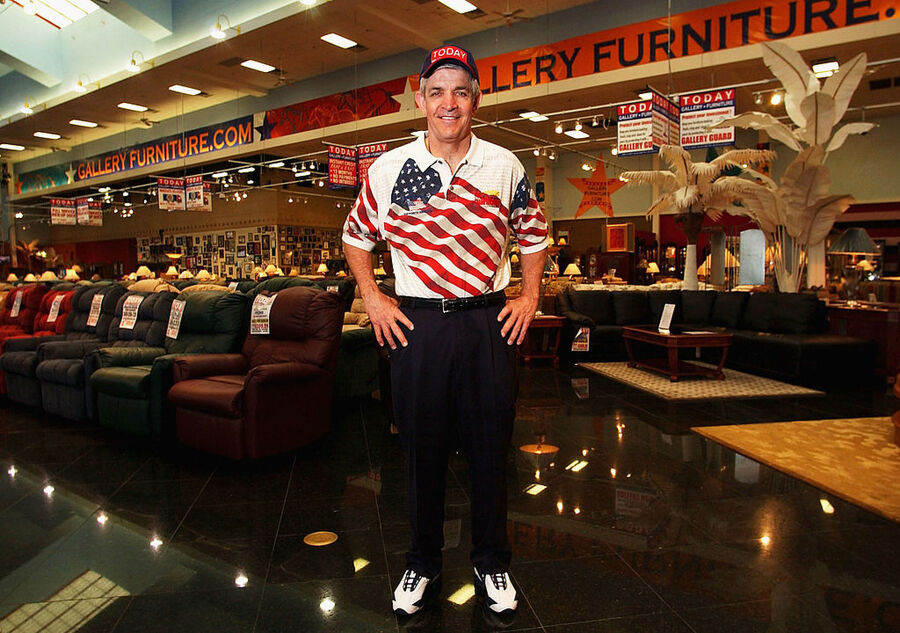 Matthew Stockman/Getty Images for the ATP

If you're not familiar with Mattress Mack, this might seem like a frivolous move. But he makes these bets as part of a promotion for his furniture stores. Fans that purchase at least $3,000 worth of certain sleeper sets or power motion furniture get what they bought for free if the Astros win it all. And especially diligent shoppers who purchased their furniture before the ALCS could potentially get double their money back should the Astros win the World Series.

With the Astros' recent run of postseason success, Mattress Mack has had some big wins (and losses). He refunded $10 million worth of furniture when the Astros took home the 2017 World Series title. And he bet and lost about $16.5 million during their two World Series losses in 2019 and 2021.

This year's bets blow all of those out of the water. In fact, Mattress Mack's potential earnings are more than this season's 26-man payroll of 13 different MLB teams. He'd also win more than any player's salary in the MLB, NFL, NBA, or NHL.

Though Mattress Mack is certainly not hurting for money, it could be a good idea to hedge his bet by putting at least some money on the Phillies. As fairly heavy underdogs, they could lead to a nice payout in case the Astros don't win.

But Mattress Mack is a Houston guy through and through. And he'd likely rather take a loss than make a bet against his hometown team.