The Detroit Lions have been living on the edge all season. In their first 11 games, they trailed in the fourth quarter. This past week against the New Orleans Saints – we'll remind you it's the first week of December – was the first time the Lions had played in a game decided by more than seven points. Yet they're sitting at 8-4 and in first place in the NFC North, and a big reason for that is Matthew Stafford.

The Lions quarterback is flirting with his best passer rating and completion percentage ever, and is on pace to throw single-digit interceptions for just the second time in his career. The other time? 2009, when Stafford only played three games thanks to injury.

It's going to result in a big payday for Stafford, whose contract expires next season. He's likely to become the highest-paid player in the league, and it's not crazy to think he'll command $25 million per year. That's what his agents had in mind, even before his great 2016. 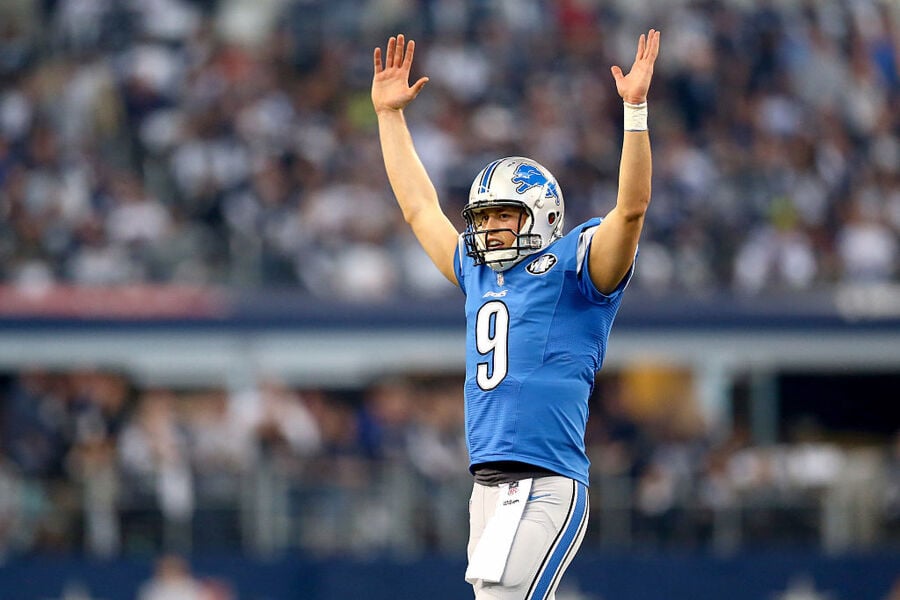 He probably won't have to wait until 2017, either. The Lions haven't exactly seen much postseason success in the past 60 years, winning just one playoff game since 1957. They'd be wise to lock Stafford up to a long-term deal, even if it means meeting his salary demands.

Currently, Stafford is making $17 million and is on the books for another $16.5 million last year. He signed an extension in 2013 and turns 29 in February, so he's still got plenty of good years left in him.

This offseason, Colts quarterback Andrew Luck signed a five-year, $122.97 million deal, which is the richest in NFL history. Luck is making about $24.6 million per year with his new contract.

He joined Drew Brees, Joe Flacco and Carson Palmer as the only quarterbacks to average more than $22 million per season.

Stafford has a very real chance to surpass all of them. He can put himself in a much better position by getting Detroit back to the postseason and leading them to a victory once they're there.