Matthew Stafford Vs. Joe Burrow – How Do The Quarterbacks Stack Up In Terms Of Salary, Career Earnings And Net Worth?

The Super Bowl is upon us, with the Los Angeles Rams set to host—quite literally, as the game is at their home SoFi Stadium—the Cincinnati Bengals. One of the most intriguing storylines is the battle between two former No. 1 picks. The Detroit Lions selected Matthew Stafford number one overall back in 2009, while the Bengals took Joe Burrow as the first selection in the 2020 NFL Draft.

Coming into this season, the quarterbacks had a combined zero playoff victories between them. But they've each won three games and now stand just one win away from Super Bowl glory.

They've got the number one pick status in common, and both attended SEC schools for college. But how do these two quarterbacks stack up in terms of their salary, career earnings, and net worth? 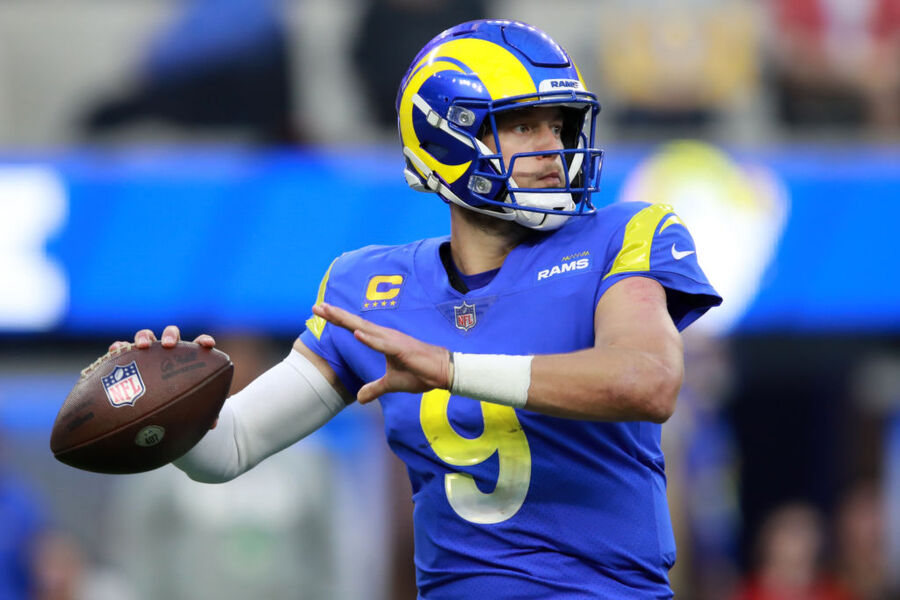 Matthew Stafford was born on February 7, 1988, in Tampa, Fla. He lived in Georgia for a bit before his family moved to Dallas. Stafford was a highly sought-after recruit, leading his high school team to a perfect 15-0 record and UIL 4A Division I State Championship. ESPN draft analyst Mel Kiper predicted Stafford would be a number one pick before he even started a game in college—Stafford was that impressive.

His freshman year at Georgia was inconsistent, but Stafford found his groove in his final two college seasons. During his junior year, he threw for 3,459 yards, 25 touchdowns, and 10 interceptions. He set the Georgia record for touchdown passes in a single season, and many analysts—not just Kiper—now believed he'd be the #1 pick in the draft.

That's exactly what happened: the Detroit Lions took Stafford number one overall in the 2009 NFL Draft. He benefited from the NFL's rookie wage scale, signing a six-year, $72 million deal and securing what was then the most guaranteed money ($41.7 million) for a contract in NFL history. The following season, Sam Bradford surpassed that amount, and the year after that, the NFL changed its collective bargaining agreement to limit how much money rookies can make.

Stafford's first two seasons were marred by injury, and he only managed 19 touchdown passes to 21 interceptions. However, he had a breakout year in 2011. Not only did he play all 16 games, but he also became just the fourth quarterback at the time to throw for 5,000 yards in a season. He finished with 5,038 yards passing and 41 touchdowns and the Lions reached the postseason for the first time since 1999.

In 2013, the Lions offered Stafford a contract extension worth $53 million over three seasons. During that contract, Stafford threw for more than 4,000 yards every season, led the Lions to two playoff appearances, and reached the Pro Bowl during the 2014 season (even winning MVP of the game).

The Lions rewarded Stafford again with a five-year, $135 million extension in 2017. The contract included $92 million, and at the time it made Stafford the highest-paid player in NFL history. While Stafford's accuracy remained among the best of his career, the Lions continued to struggle on the field. That 2017 season—a 9-7 finish—is the last time the team posted a winning record.

With the Lions moving toward a rebuild and Stafford wanting to contend for a championship, the two sides agreed to part ways before the 2021 season. Stafford joined the Los Angeles Rams and looked like a new quarterback: he threw for 4,886 yards and a career-high 41 touchdowns, while also leading the league with 17 interceptions.

Stafford has made $20 million this season, and for his career he's taken home $246.5 million, making him the eighth-highest-paid NFL player of all time. Stafford has a net worth of $80 million. His next contract could put him in rarified air; Aaron Rodgers and Matt Ryan are the only active players ahead of Stafford on the list, and he's younger than both of them.

Meanwhile, Joe Burrow is just getting started on his NFL journey. He was born on December 10, 1996, in Ames, Ia. His father, Jim Burrow, played and coached football for more than 40 years. When Joe was just five years old, he attended the Rose Bowl, and his love of football was born. The Burrows spent a couple of years in North Dakota before moving to Athens (in Ohio, not Greece). Burrow led Athens High School to its first seven playoff victories in school history and won the state's Mr. Football Award and Gatorade Player of the Year during his senior season in 2014.

Burrow started his collegiate career at Ohio State. He served as a backup to J.T. Barrett for two seasons, playing in only ten games. In May 2018, Ohio State was leaning towards Dwyane Haskins as its starter, so Burrow transferred to LSU. He had already graduated with a degree in consumer and family financial services, which meant he could play immediately.

LSU named Burrow the starter, and as a redshirt junior, he led the Tigers to a 10-3 record and a victory over UCF in the Fiesta Bowl. The Tigers finished sixth in the AP rankings, but Burrow was just getting started. His senior season was the stuff of legend.

In that 2019 season, Burrow led the Tigers to a perfect 15-0 record. He set career-highs in pass attempts, completions, yards, touchdowns, and quarterback rating. He finished with 5,671 yards passing and a whopping 60 passing touchdowns, only throwing six interceptions along the way. Burrow's 65 total touchdowns were an FBS single-season record. The Tigers won the National Championship, Burrow won the Heisman Award, and he was on his way to becoming the NFL's number one pick.

In the 2020 draft, the Bengals made the selection official. Soon after the draft, Burrow signed his first NFL deal, a contract worth $36.1 million over four years. His first season started off promising, but in Week 11 he tore his ACL and MCL and was placed on injured reserve.

In year two, Burrow came back with a vengeance. He threw for 4,611 yards, 34 touchdowns, and 14 interceptions, all while working behind a mediocre offensive line that allowed him to get sacked a league-leading 51 times. Burrow has already set numerous Bengals franchise records, including most passing yards and touchdowns in a season, highest passer rating in a season, and most passing yards in a game, with 525.

Burrow's base salary for this season is $2,255,006; for his career, he's earned about $26.7 million thanks to his signing bonus. His net worth is $10 million, and Burrow has stated he plans to only live off his endorsement money, saving his on-field earnings for retirement. It's that kind of shrewd planning that could make him very wealthy when he hangs his cleats up down the line.

For now, he shares another goal with Stafford: bring home a Super Bowl title.