Matthew Stafford Is Now The Highest-Paid Player In The NFL

Despite an overall 51-58 record as a starter, Detroit Lions quarterback Matthew Stafford is now the highest-paid player in the NFL.

Stafford signed a five-year deal that will pay him $27 million annually, which is higher than Derek Carr's $25 million per year contract with the Raiders. $92 million of Stafford's contract is guaranteed, including a $50 million signing bonus.

The previous record for guaranteed money belonged to the Colts' Andrew Luck, who will make $87 million guaranteed. Stafford will make $60.5 million at signing and $86 million by the start of the second year of the contract. He's currently owed $16.5 million for next season, but it's unclear if that number will be affected by this new deal. 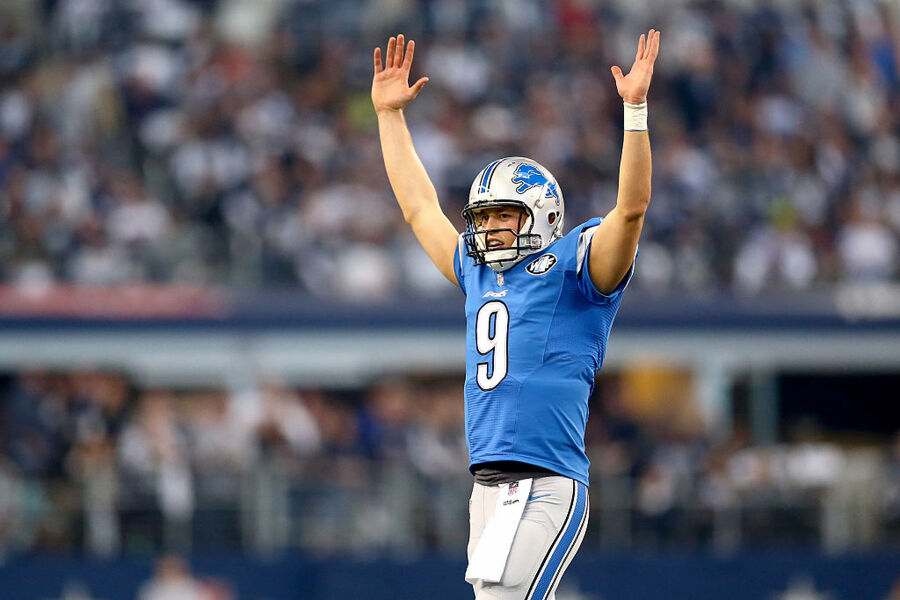 The 29-year-old Stafford is already the Lions franchise leader in a number of passing categories. After two injury-plagued seasons to begin his career, he's started every game since 2011.

Stafford was the No.1 pick in the 2009 NFL Draft and played at Highland Park High School. Coincidentally, that's the same high school Clayton Kershaw attended. Kershaw is currently the highest-paid player in baseball, earning $33 million this year.

The big contract puts some pressure on Stafford to perform. He's already a top 50 quarterback in major categories like completions, yards, touchdowns, and passer rating, and helped turn around a Lions franchise that hasn't seen much success over the past half century.

Even with a Pro Bowl appearance and two playoff berths in the past three seasons, though, the Lions still haven't won a playoff game since 1991. Stafford and his hefty contract will look to turn that around.