By Travis Pulver on January 5, 2016 in Articles › Sports News

Baltimore Ravens quarterback Matt Schaub was a marquee player at one time. Back in 2007, Houston signed him to a six-year, $48 million deal, and they liked what they saw enough to sign him to a five-year, $66.15 million deal in 2012, but then everything fell apart.

Fans had to be a little worried at first because now "Mr. Pick-6" was on the roster, and what if they had to play him? Joe Flacco has never missed a game though, so the chance Schaub ever sees the field is pretty slim. 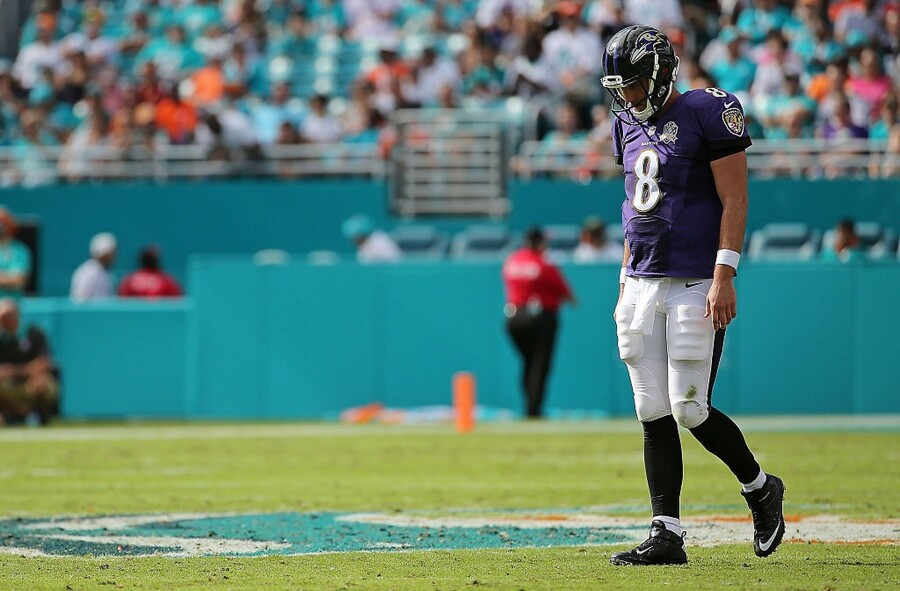 Sure enough, Flacco goes down with a season-ending injury and Schaub is called into action. He ended up playing in two games, and for his troubles made another $1 million.

Yes, folks, he played in just two games and earned another $1 million. When he signed his contract with the Ravens, an incentive clause was included related to playing time. Should he play in five percent of the team's offensive snaps, he would make an additional $500,000; play in 10 percent and he would make $1 million.

Through the first 14 games of the season, the Ravens had 994 offensive snaps. Schaub played in 140 of them, roughly 14 percent, before getting knocked out with an injury himself.

For him to fall below 10 percent, the Ravens would have to have an offensive explosion over the last two games. They have been averaging 71 per game this season, and had 73 against Pittsburgh in Week 16. While it isn't hard to imagine them having a big offensive day, it would have to be record setting for Schaub not to get the $1 million bonus.

So Matt Schaub is basically getting paid $3 million to play in two games this season. For a guy who is in the twilight of his career that is not a bad payday. It is a far cry from the $8-13 million a season he made during his prime with Houston, but at least he made more per game. That (and his play) may not endear him to the fans, but it has to make his bank account look pretty good.