Matt Harvey's Value Is Dropping Quickly… Can He Return To An Elite Level?

The New York Mets' Matt Harvey has hit a bit of a rough patch. Not only has his pitching been inconsistent, he's had a few off the field incidents that have left him apologizing to his teammates and fans. Most recently, Harvey missed a game completely (albeit one that he wasn't starting) and had the organization worried enough that it sent someone to check on him.

When he was a young pitcher in 2013, Harvey acknowledged that he liked to have nights out on the town, but maintained his "48-hour rule" to keep himself balanced.

"No drinking two days before a start," he said during an interview then. "But those other days? Yes, I'm gonna go out. If I was locked up in my house all week, I don't know what I'd be like on the baseball field." 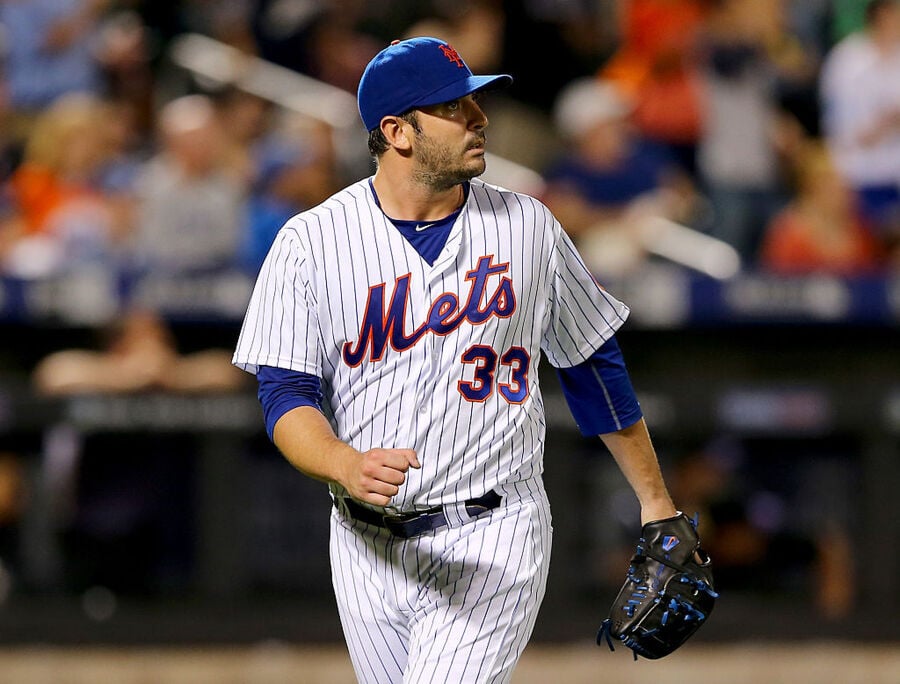 However, after a pair of surgeries and plenty of nights out, Harvey's value as a pitcher has declined. Once a possible candidate for a $200 million contract (at least by his own accord), most executives around the league think Harvey would only command a one-year deal for $10 million or $15 million, at most, if he were a free agent right now.

It's not clear what made Harvey violate his own rule to go out drinking and miss a game, resulting in a three-game suspension without pay from the Mets. Perhaps he's still recovering from his Thoracic Outlet Syndrome surgery, which limited him to 17 games last season. That shortened campaign resulted in a career-worst 4.86 ERA and a 4-10 record. Harvey hasn't yet bounced back this year.

Luckily for Harvey, he's under contract for another season with the Mets and isn't an unrestricted free agent until 2019. He still has time to get his focus back on baseball and return to the dominant pitcher he's capable of being. After all, this is a guy that can still throw a 99 MPH fastball and averaged at least one strikeout per inning his first three seasons.

That's the kind of talent that made Harvey so confident he could earn a contract pushing $200 million. He's far away from that kind of money now, but with hard work and eliminating outside distractions, he could get back to that elite level. The Mets are still capable of making the playoffs. If Harvey can help lead them there, he just may earn himself a hefty payday.