In the Detroit Lions' Week 1 48-17 blowout loss to the New York Jets, Lions backup Matt Cassel got to come in for a few snaps. He finished 2 for 6 for 14 yards and an interception, a far cry from the peak of his career.

But don't feel too bad for Cassel's limited play. By Week 9 of this season, he'll pass $65 million in career earnings.

The former Patriots backup has been a journeyman throughout his career, never spending more than four seasons on the same team. After one season as a Tom Brady replacement in New England, Cassel has had stints on the Chiefs, Vikings, Bills, Cowboys, Titans, and now the Lions. 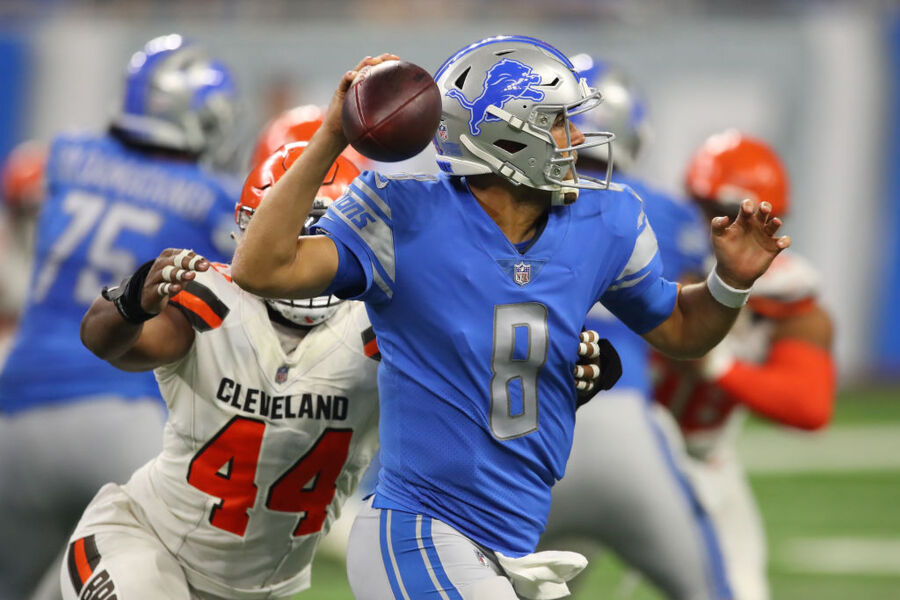 It hasn't always been pretty. Cassel finished 10-5 that year in New England, and 10-5 his second year in Kansas City. Aside from those two seasons, Cassel's career record as a starter is 16-35.

For his career, Cassel has completed less than 59 percent of his passes for 2,680 yards, 104 touchdowns and 82 interceptions.

Now in his 14th season, Cassel will make a shade over $1.1 million this year. But that's enough to bump him over $65 million for his career. While his starting days are likely over, he's still done quite well for himself.